Mortal Shell is one of the most frustrating games I’ve played in a long time. It’s absolutely riddled through with awkward mechanics, populated with boring boss fights, plagued by obtuse design decisions and seems to have gone out of it’s way to avoid learning almost any lessons from the countless games whose homework it seems to be copying at nearly every turn. So, is it any good? 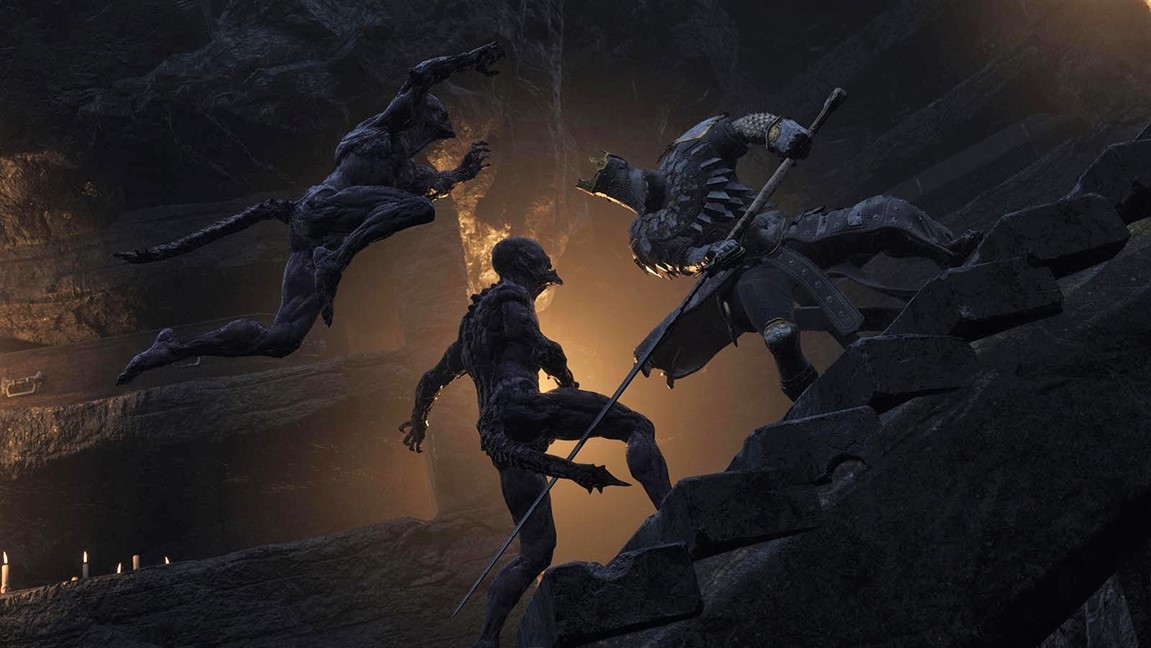 Mortal Shell puts you in the role of a strange, frail creature called a foundling that seems to have the ability to possess dead bodies. But what is our mission? What exactly is a foundling? Where even are we and what, ultimately, is the story of Mortal Shell? Well, after fifteen-ish hours of playing, I don’t know and apparently neither do the people who made the game. What I do know is that developer Cold Symmetry made nearly every design decision based on whether or not it worked in a From Software game and unfortunately, that seems to be where the analysis stopped.

The devs have learned that opening in a strange and intimidating environment without much information can really draw a player in, but seem to have forgotten that Dark Souls (and let’s be honest, it’s Dark Souls all the way down) actually opens with a basic explanation of how we got here; that the setting is essentially a medieval post-apocalypse, the aftermath of a war between gods and dragons, and a curse that led to the slow death of the world. Why is the world of Mortal Shell in ruins? There really doesn’t seem to be an answer other than “Because Dark Souls did it”.

This also explains why our guide and primary ally is a stand-in for Dark Souls 2’s Emerald Herald, why we lose all our currency when we die unless we retrieve it, and why our strange shadow creature can…die……twice-OH MY GOD MORTAL SHELL!! (Ok that last one was facetious, but you get the point). The developers clearly understand the disparate elements that go into a souls game, but haven’t yet figured out why.

But it’s not just poorly thought out ideas copied from other successful games that make Mortal Shell exasperating, the game has plenty of bad ideas of it’s own. First of all, let’s talk about how you switch weapons and characters. You can’t.
Ok, that’s not entirely true, you can use certain items to switch between weapons and characters, referred to as Shells here, on the fly, but not only are the ones that summon characters finite and very scarce, but the items that change your weapon aren’t found with that weapon. You have to find them separately which, I couldn’t, not all of them anyway. You can change your weapons and shells for free at your central hub area, but not regular checkpoints.

On the subject of items, most consumable items have a familiarity bar that increases as you use the item. At first, you won’t even know what a given item does, but with repeated uses, the item description will fill in and when familiarity is maxed out, the item’s effects will improve or change in some beneficial way. This is an incredibly cool idea……for a completely different game. A big open-world game like Skyrim would love a mechanic like this, where a dedicated alchemist or survivalist character could spend ages studying the effects of different plants or chemicals to get an edge, but Mortal Shell isn’t that kind of game. Add to that the fact that most gamers are pretty reticent to use finite consumable items at the best of times, let alone when they don’t even know what the item does and it’s a souls game and the item is one of only a handful of items of that kind that you’re going to find in a single playthrough; and you have the fact that I’ve finished the game twice now and still have no idea what half the items do. 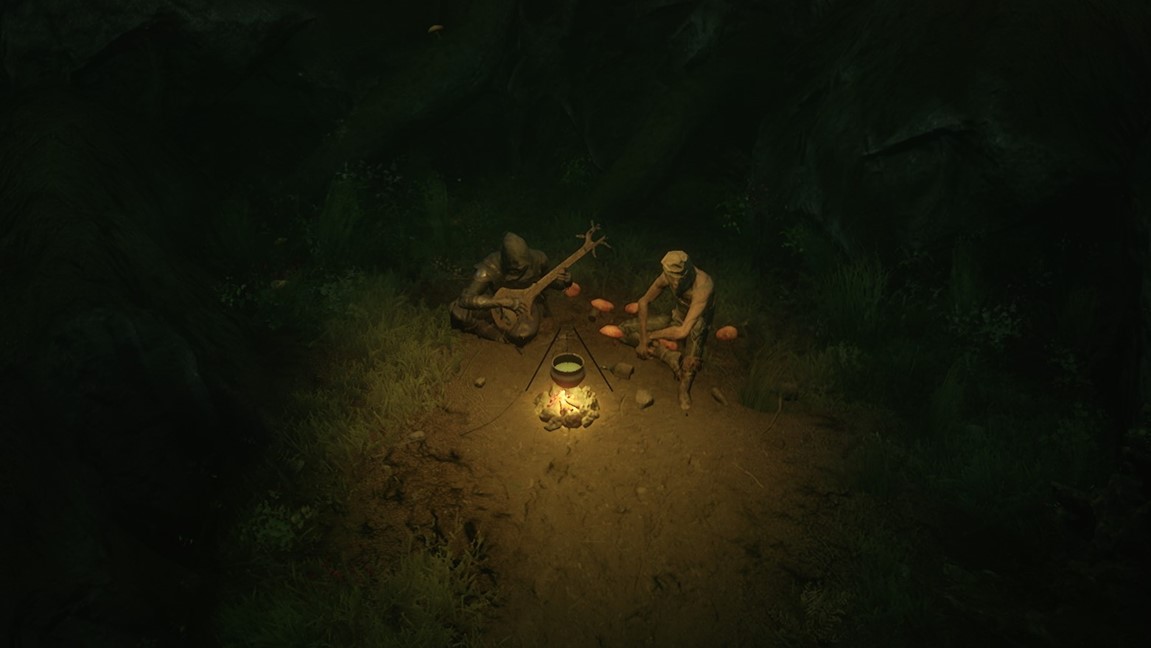 Perhaps Mortal Shell’s greatest sin is in the ways it chooses to mercilessly pad it’s runtime. The first way is by not letting you fast-travel-OH WAIT! I’ve just been handed a bulletin! Turns out there is a way to fast-travel…once you’ve fully upgraded one of the shells, which if you’re switching between shells (which the game’s base mechanics tacitly encourage), probably won’t happen until you’ve nearly finished the game and I didn’t unlock until I was halfway through new game plus. So fast-travelling might as well not exist and most players will be left to leg it cross-country if they want to check out new areas or even just get away from one of the game’s samey-feeling bosses.

I’m actually an advocate of Dark Souls 2 and it’s “dudes in armor” approach to boss fights, but even by that metric Mortal Shell’s bosses are pretty bland with only one, semi-unique gameplay hook each. Visually, they’re fairly interesting, but they never really manage to engage your brain. I beat every boss except the final one by just walking backwards around the boss room, hitting them with one or two advancing strikes whenever their attacks whiffed and repeating. Bosses in Mortal Shell are what I’d call “endurance fights”, fights where the boss may have a lot of health or deal a lot of damage, but the biggest challenge is really just to not get careless as you easily avoid all of their attacks and slowly dismantle them.

Then there’s the miniboss who I ended up referring to as The Guardian of The Runtime. Whenever you encounter a new weapon, you’ll need to defeat a version of this guy wielding that weapon before you’re allowed to use it. This guy is particularly galling because, of all the time-wasting annoyances Mortal Shell throws at you, this is the one that most obviously wouldn’t be here if the game was even a little longer.

But wait, didn’t I say up top that this game was good? Yeah I did. How is that, after I’ve just spent nine hundred and sixty-eight words unloading on it? Well, to put it simply, the gameplay kicks ass. 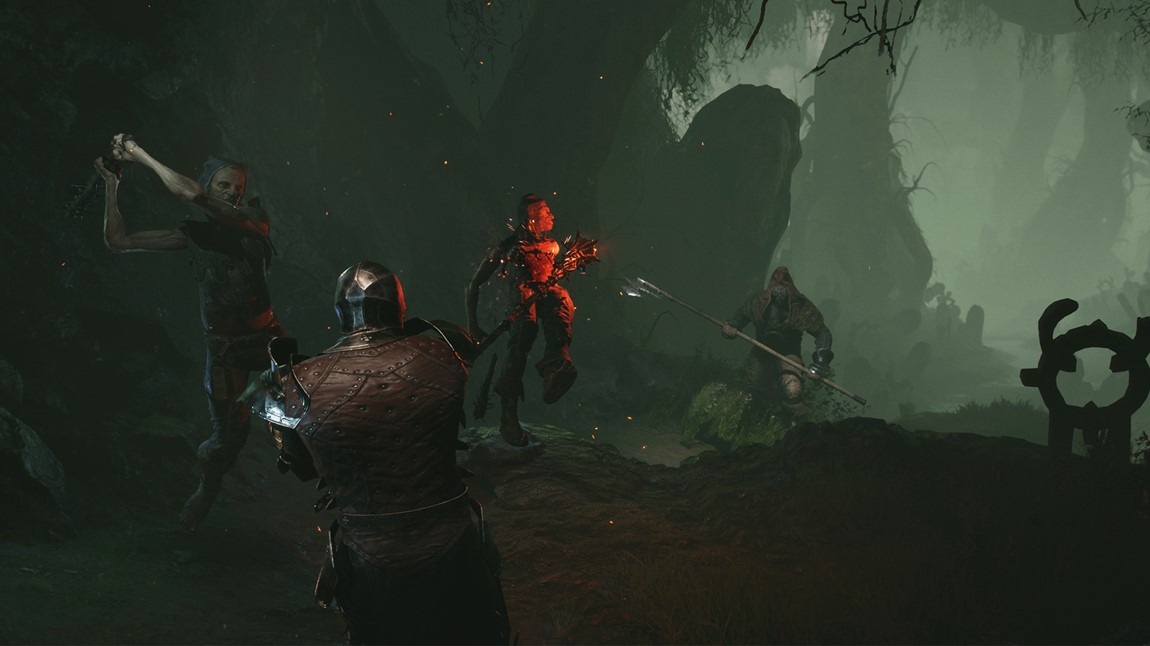 Every moment of Mortal Shell just feels good to play. Every hit, even with the games smallest weapon, feels decisive and viscerally satisfying thanks to some excellent sound design and spot-on animation. Finishing off an enemy with a slash right before they’d hit you or sending them flying from an uppercut with the massive, two-handed mace feels just as good as it does in any souls game.

Moreover, Cold Symmetry has several ideas of their own that are pretty much universally great. Firstly, in lieu of blocking with a shield, you have the ability to turn your entire body to stone, making you totally impervious to the next attack that would hit you and for about a second afterward. It’s an incredibly cool feature, not just visually but mechanically as well as you can use it at any time, even mid-combo, to quickly deflect a blow and then continue the attack.

As you fight, bars of energy referred to as resolve will begin to build up. Resolve can be spent to either use powerful, weapon-specific abilities, or to parry enemy attacks, opening them up for a riposte. You better git gud at parrying by the way, because it’s one of the only reliable ways to heal yourself. There are consumable red-capped mushrooms that work like lifegems from Dark Souls 2 and it’s pretty cool that they grow back once picked so you technically have an unlimited supply, but they don’t heal you very quickly, or very much, and each patch takes about five minutes to regrow; so unless you’re prepared to do some of the most tedious farming of your life, don’t rely on them.

Then of course there’s Mortal Shells central mechanic of possessing bodies which, though maybe a little underutilized, still works great. I was hoping that the game would have me jumping between bodies mid-battle, perhaps letting me inhabit the corpses of defeated enemies, or even fallen allies. I wouldn’t be surprised to see something like that in a potential sequel but it stands, it’s mostly just a unique method of switching characters. It is pretty cool though that a single time in between checkpoints, you’ll get knocked out of your shell instead of dying, and get the chance to scurry back in with your one-hit-point foundling. 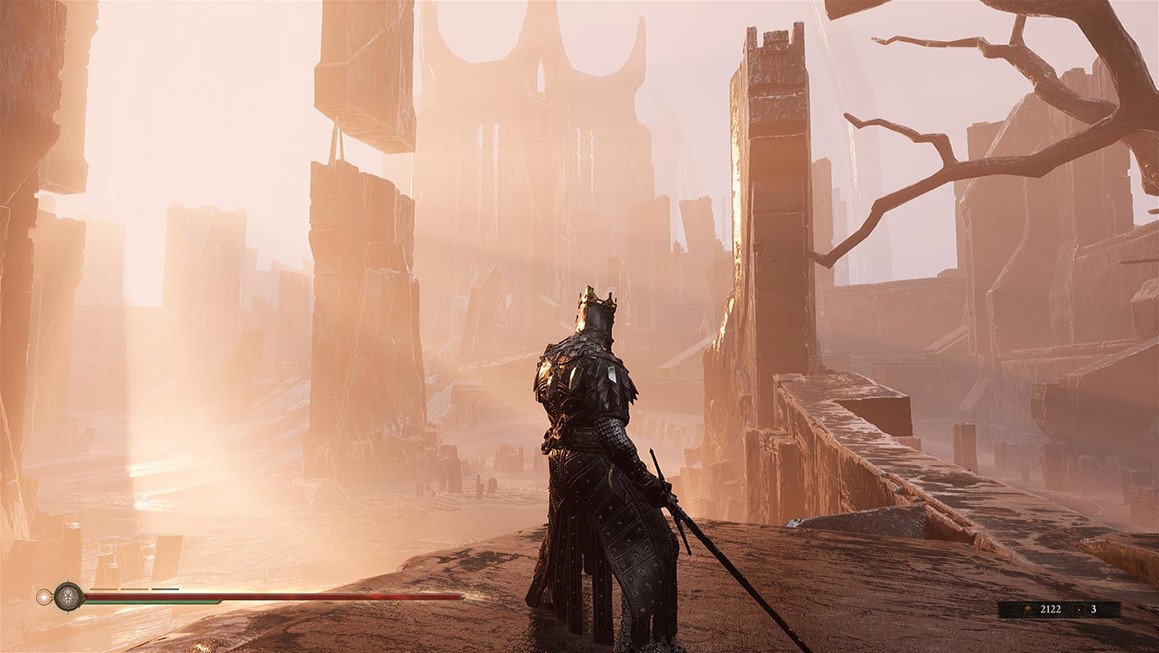 Mortal Shell is at the end of the day, a pretty good game. It has a lot of problems, but I can forgive a lot if the main focus of the game (generally, the gameplay) is solid and with Mortal Shell, it is. It’s pretty short too at just fifteen hours for my first playthrough, but the price is also absolutely right at only thirty dollars. Really, the games’ biggest problems come from trying too hard to be just like Dark Souls. If it had just been a linear game with these same mechanics and the ability to more reliably switch between shells as needed, à la Killer7, then not only would the game would have been much more unique, but half of it’s problems would evaporate instantly.

Ultimately, Mortal Shell feels very much like an indie game with aspirations of being a big, polished AAA game. Like a small, frail creature inhabiting the body of a big-name game that it’s original owner has since moved on from, trying to survive in a terrifying and hostile environment and holding on to as much humanity as it can.
So I guess I was wrong, Mortal Shell does have a story, and it’s even a true story. It’s about being a game developer.