“Going Out With A Slap”

Apologies in advance if this review seems overly negative, because Ultimate Masters is great Magic set. Let that sentiment be a banner hanging over the entirety of this review; Ultimate Masters, touted as the last Magic: The Gathering Masters set for the foreseeable future, is a great set.

Unfortunately, it’s not for you.

A brief digression if you will (and you will, it’s my site). Back in those halcyon days of early 2018, a fresh-faced Ryan stepped timidly into 401 Games for his very first draft, which happened to be of Masters 25. As we drafted, I couldn’t help but notice a guy down and across the table from me spending a minute of more on his phone for every pack that came to him. I soon deduced that he was checking prices online and exclusively drafting the most expensive cards, which I confirmed when he simply got up and left following the drafting portion of the proceedings. While my annoyance at what I still feel was unsportsmanlike behavior was largely assuaged by the knowledge that Jace, The Mind Sculptor went home with me that evening, that memory is also the first thing that comes to my mind when contemplating Ultimate Masters as a set, because it feels like Ultimate Masters was designed primarily for people like that, the financiers. And that’s why Ultimate Masters, despite being a great set of Magic cards, also kind of sucks. 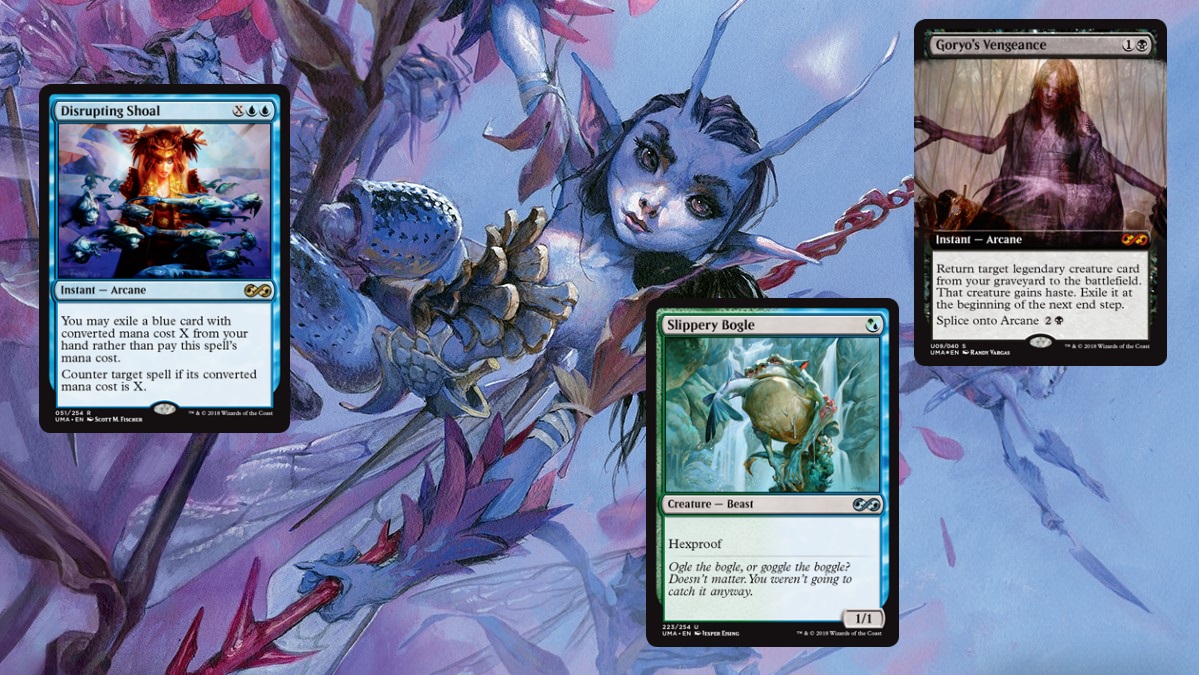 Going solely off of the included cards, Ultimate Masters may in fact be the best Magic set ever, insofar as it meets the stated goals of providing needed reprints of pricey, sought-after cards. What with Magic being a quarter century old this year and with over sixteen-thousand unique cards in existence, you can’t please everyone. No single masters set is going to be able to encapsulate every card that could do with a reprint, but Ultimate Masters does a more than admirable job of hitting a significant number of cards that see play in non-rotating formats like modern and commander. Another nice touch is the Box Topper, a single card from a pool of forty included in every box of Ultimate Masters. Completely foregoing a frame, Box Toppers instead feature expanded art that goes all the way to the edge of the card, an incredibly cool piece of visual design and perhaps my favorite of the masterpiece-style cards that Wizards has yet produced.

Even the best masters set will inevitably have a few dud reprints, and Ultimate Masters is no exception. I should know, because I opened some of the worst, fifty-cent rares in the set during my first draft; cards like Reya Dawnbringer, a deceptively crap card that costs way too much and dies way too easily. As a rule, any nine-cost card that doesn’t immediately win you the game is pretty much a waste of time. Ultimate Masters also features such gems as Lavaclaw Reaches, Squee, Goblin Nabob and Seismic Assault. For me, the most egregious example is Garna, the Bloodflame. Though not a rare card, Garna came out this year in Dominaria and I don’t think I’ve seen her played a single time, either in any Pro Tour or at FNM. Garna isn’t a terrible card, but nobody was clamoring for a reprint of a card that debuted in April.

A few dud rares wouldn’t matter so much, except that several of them have found their way into the pool of Box Toppers. If the objective was to make the set go out with a bang, the Ultimate Masters masterpieces pretty much needed to be solid gold, and a few of them really aren’t. A couple of the so-called “Man Lands”, namely Stirring Wildwood and Lavaclaw Reaches, are probably the worst offenders, although the inclusion of Lord of Extinction, which I hadn’t even heard of before Ultimate Masters, is also a bit of an odd choice. These cards aren’t strictly terrible, but the Box Toppers were presumably supposed to be the best of the best, and figuring out what the best cards that see the most play in Modern and Commander really shouldn’t have been that hard for Wizards of The Coast. I would have personally liked to see a masterpiece version of Disrupting Shoal, a solid counterspell with cool, masterpiece-worthy art. Ditto Reveillark; cool card, awesome art, sees play, so why not?  Maybe even a Thespian’s Stage to go with the Box Topper version of Dark Depths.
Regardless, the number of duds in the set are largely overshadowed by what Ultimate Masters gets right. In particular, Liliana of the Veil, Karn Liberated and Snapcaster Mage are all scarce and, stupidly expensive cards that badly need to be kept in check. I personally appreciated Bitterblossom and Daybreak Coronet getting reprinted, even if the new art for both cards looks like it was done by a slice of white bread compared to the originals. Then of course, there’s the elusive Tarmogoyf.

On a personal note; is it just me, or has the art for Tarmogoyf gotten worse with every reprint? The first Tarmogoyf was by far the coolest in my opinion, not only because of the awesome futureshifted frame, but because to this day I have only the vaguest idea of what I’m looking at, and I mean that in the best possible way. I had imagined the Tarmogoyf as some unknowable thing from a far-off, dark future of Dominaria, some nightmarish collection of claws, muscles and teeth. The tidal wave of spikes version from its first reprint in Modern Masters does indeed look impressive, it lost that crucial element of unknowability, downgrading it from conceptually scary to merely cool. But either is infinitely preferable to the Tarmogoyf’s Ultimate Masters art, a flat-out cartoon that looks like the result of an unholy union between the Alien Queen and the Grinch. 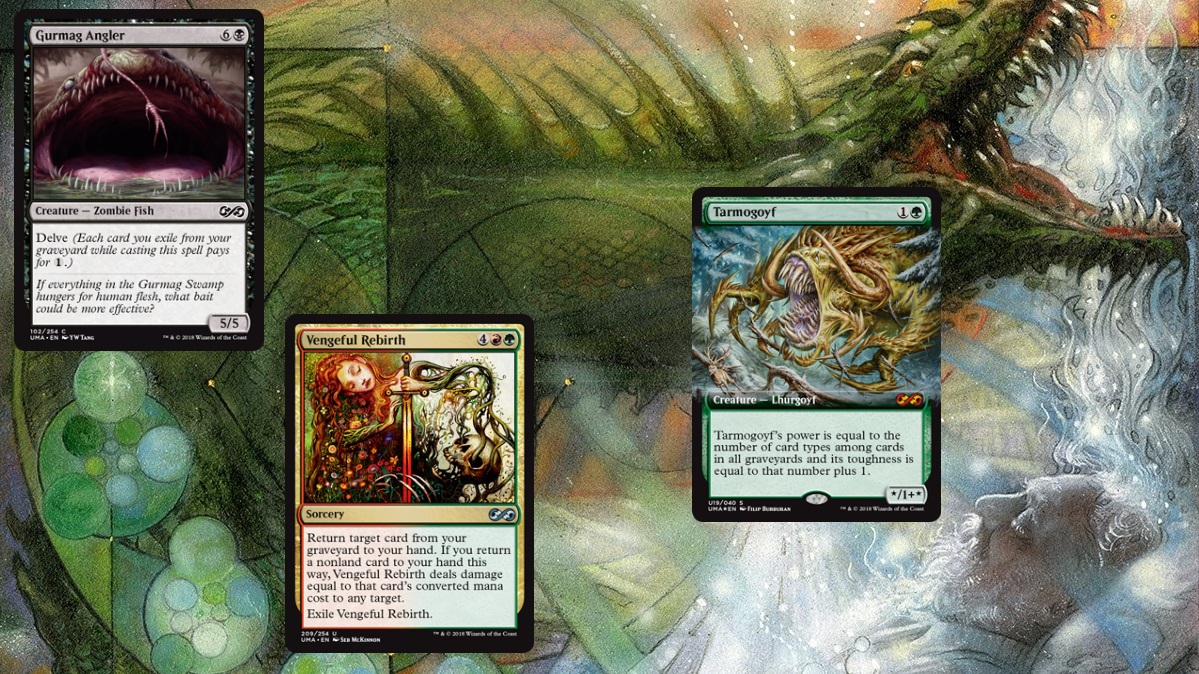 Unfortunately, Ultimate Masters cannot be evaluated solely on the cards in the set, nor does the game of Magic: The Gathering as a whole exist in a vacuum. So it’s time to talk about the aspect of Ultimate Masters that drags the set down from truly great to…well, still very good, but a very good that puts a very bad taste in my mouth; it’s time to talk about the price.

Every once in a while, I’ll come across a game or gadget or accessory that I’m interested in, only to notice an exorbitant price tag attached, laugh, and immediately move on with my life, my interest so thoroughly obliterated it may as well have never existed. That was the reaction of myself and many others to Ultimate Masters following the announcement of it’s MSRP. And what was Wizards’ response been to the massive fan backlash that immediately followed the announcement of Ultimate Masters? A level of aloof contempt that only game companies and politicians seem capable of.

“Ultimate Masters is a limited run, premium set that is unique and collectible.” goes the marketing blurb accompanying Ultimate Masters’ announcement. “We understand that it might not be for everyone. And that’s okay.”
What!? No! No it is not okay, you incompetent, tone-deaf klutzes! You made a Masters set, a set specifically designed to reprint expensive cards so the peasants can afford them, and you jacked up the price so only people with loads of disposable income can comfortably pick it up. You have done the exact opposite of what you set out to do, and you should be ashamed of yourselves……idiots.

I never purchased a box of Ultimate Masters. Not because I couldn’t afford one, I can, but the reason I can is because I generally refuse to get into bad spending habits like this; and buying a box of Ultimate Masters would feel too much like paying a ransom. My compromise was doing a draft at my local game store and buying six packs to do a Winston draft with a friend. It’s true that boxes of Ultimate Masters are now selling for significantly below MSRP from third parties online, a fact I wish I’d been made aware of slightly sooner than I was. But products are reviewed based on how the creator conceived them. I wouldn’t review a buggy game more favorably because someone online wrote a patch that makes it work, and I’m not letting Wizards off the hook because more reasonable businesses are selling their products for a more reasonable price. It’s the same reason I don’t own an Xbox One, because as with Microsoft, we have a right to remember how these companies were prepared to treat us when they felt they could get away with it. 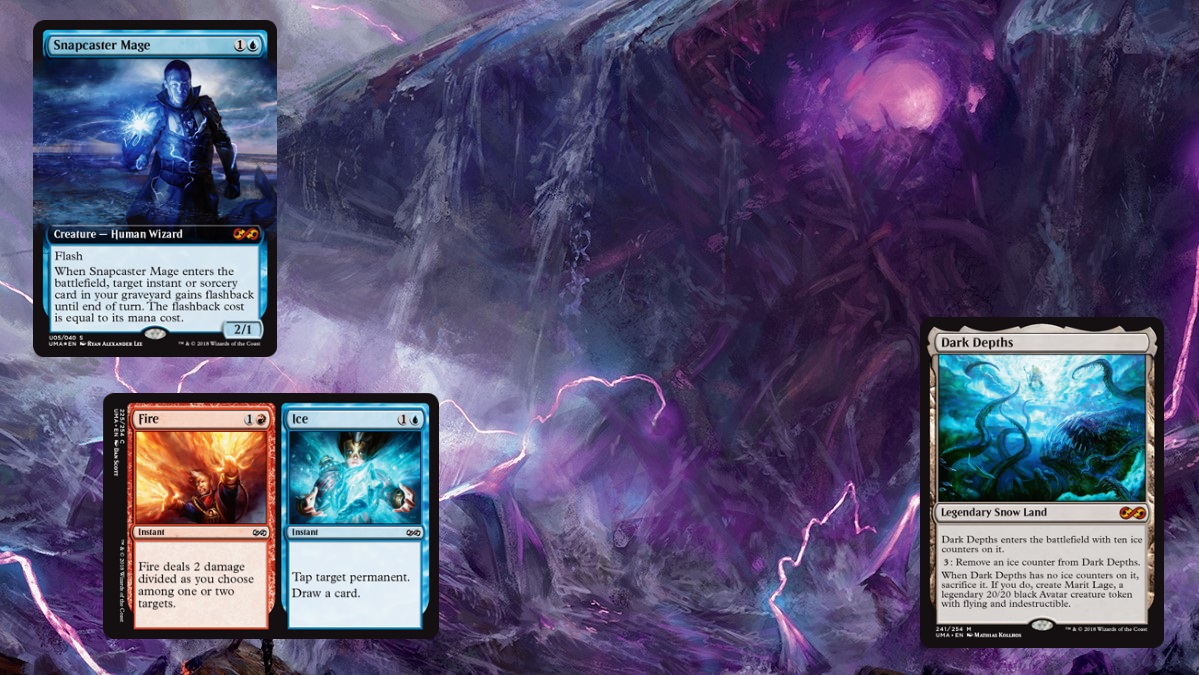 Ultimate Masters is a great masters set, it really is. But it’s a set that Wizards of the Coast has willfully disfigured due to gross incompetence born of greed. Are you a bad enough dude to drop ten percent or more of your monthly income on a single Magic product? No? Well then go back to eating dirt for a living or whatever it is Wizards thinks us commoners do when we’re not helping them pay for a new yacht.
Magic: The Gathering is a great game that I have a lot of love for, and there have been some amazing products and services released for it throughout 2018. But Ultimate Masters, despite a lot of objective quality, cannot be counted among them.