The Quiet Man opens on a shot of Manhattan that looks identical to one of Spider-Man’s loading screens, immediately earning its first yellow card by reminding me of another, better game I’d rather be playing. Presently it cuts to our protagonist, Dane, whom I quickly dubbed “The Fringe” due to his ridiculous emo haircut and leather jacket consisting of about sixty percent zippers, who buys a sandwich from a street vendor seemingly only so he can place it on the face of a defeated thug a few minutes later.
If that verbatim recounting of the first five or so minutes of the game hasn’t warded you off, then please allow me to clarify that The Quiet Man is not a parody of gritty action games or a comedy of any kind. It is a completely serious action-drama created by a studio that I would have expected more from, and it’s the worst game I’ve played this year, hands down. 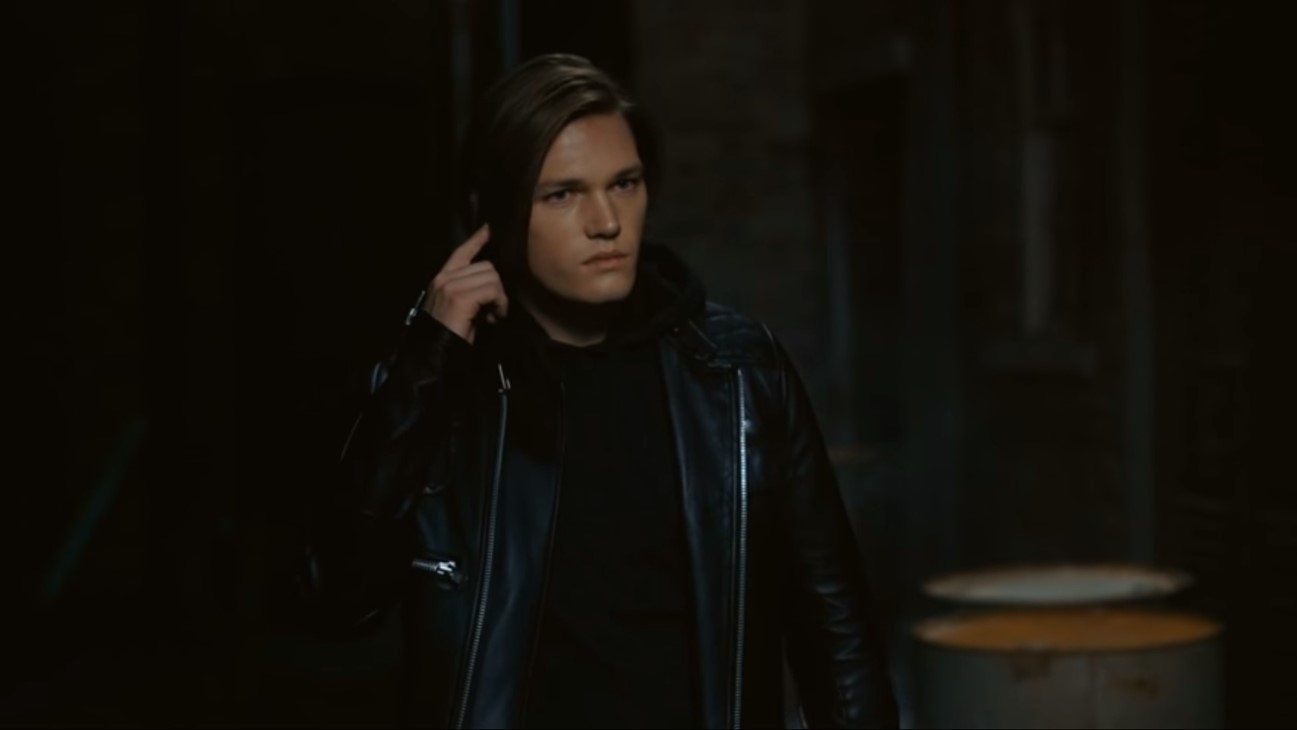 I usually like to take a detailed look at what a given game is trying to do and in the case of The Quiet Man, we need look no further than the game’s own Steam page.

THE QUIET MAN™ delivers an immersive story driven cinematic action experience seamlessly blending high-production live action, realistic CG and pulse-pounding action gameplay. Unravelling within a single night, players take the role of deaf protagonist Dane as he fights his way through a “soundless” world to discover the motives behind the kidnapping of a songstress from a mysterious masked man. Embark on an adrenaline-fueled motion picture like experience which can be completed in one sitting.

Well, that synopsis falls at the first hurdle because the story is about as un-immersive as it could get. Not because our protagonist is deaf, but because The Quiet Man’s presentation is terrible. “Subtitles will only appear when spoken dialogue is intended to be heard or understood” is another bullet point and in theory, it’s at least sort of interesting that we’ll only see subtitles and hear audio when it’s something the Fringe can comprehend, that makes sense. Except that The Quiet Man breaks its own rules with reckless abandon. Not only is the very second line of audible dialogue in the game spoken before our hero enters the area it takes place in, but it swings all the way in the other direction as well when a later conversation our hero has with a friend takes place in subtitle-less silence, even though the guy is using freaking sign language! Why!?

This almost certainly goes without saying, but deaf people aren’t nearly as helpless as The Quiet Man would have you believe. Not being able to hear doesn’t stop a person from being able to read a room, and the game could have used things like subtle swells in the ambient sound to convey the general tone of a situation as perceived by the main character. What The Quiet Man should’ve been doing anyways is showing the all of dialogue that our deaf protagonist is comprehending, using close-up shots and various other camera tricks to tell us what’s going on in our characters head and what he’s perceiving even though he can’t hear everything going on around him, like a logical inverse of what the Daredevil Netflix show does. Instead, the deafness gimmick is used exclusively to keep certain plots secret until later in the game, and by “certain plot points” I mean “every single god damn plot point”. A mystery that exists for no other reason than to be a mystery is one of my biggest storytelling pet peeves, and usually not something worth keeping secret in the first place.

Also, I probably wouldn’t have mentioned it if you hadn’t, The Quiet Man™, but “realistic CG”? Damn, maybe this is a comedy game after all. To put it bluntly, the graphics are just kind of bad. Not only does the Fringe constantly have a look on his face like he’s being blinded by a bright light while in combat, but the developers could only come up with about three different character models for the enemies, so combat encounters usually have you face off against three or four sets of identical twins, all doing the same bent-over, shifting from side to side combat stance, sometimes in perfect sync. Fine in a Zelda game, not so much in a game that expects to be taken seriously. 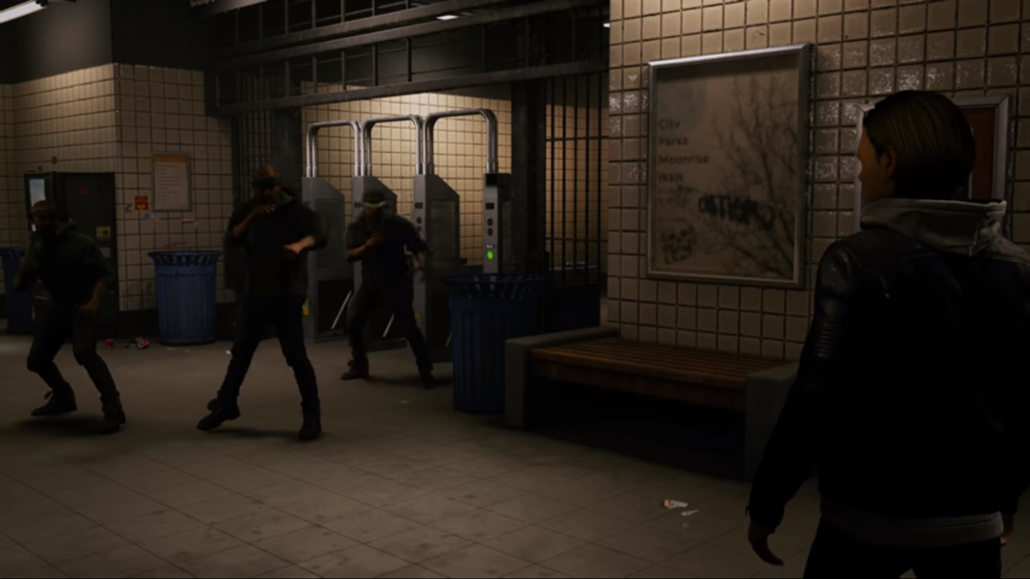 Combat isn’t any better. I’m still not sure of the best word to describe it. Functional? Yeah, it functions. Playable? Sure, insofar as it can be played without crashing. The Quiet Man is clearly going for the kind of bone-crunching, close-quarters beat ’em up combat popular in Condemned and the Arkham games. Just like the story though, it falls depressingly short of its goal, getting just close enough that one can clearly see how, with even a little more development time, it could have been good or even great.

Taking place in tightly enclosed environments against a handful of enemies at a time, combat in The Quiet Man is pretty much straight out of the “Gritty Beat ’em Up Game” master mould. The Fringe has your standard suite of light attacks, heavy attacks and grabs. I even like how you can throw an elbow or a boot at an oncoming enemy without breaking your hold on the other enemy that you’ve grabbed.
A barebones but functional combat system could have suited a short, story-focused game just fine, but The Quiet Man’s combat is glitchy as hell. Not only does The Fringe warp around rooms to be in the right position to execute pre-baked finishing moves, but many of his strikes seemed to pass straight through enemies on occasion, which would be perfectly acceptable if I’d been wielding a broadsword, less so when I’m fighting with bare fists.

It’s also a little too barebones. I’m willing to go so far as to concede that the various punches and kicks generally feel good in the moments when they connect and that simply having a more even gameplay to cutscene ratio might have made the game seem slightly less bad, but The Quiet Man lacks even a perfunctory gameplay hook to call its own. The God Of War games have finishing moves tied to quick time events, Hellblade has it’s rot system and oppressive horror atmosphere, Condemned has its central mechanic of scavenging weapons from the environment. Even Kane & Lynch 2, a shooter with some of the most generic gameplay I’ve ever seen has is camcorder presentation and well-written characters to see you through its otherwise completely forgettable gunfights. Meanwhile, The Quiet Man has……nothing.

This didn’t have to be difficult guys. Hell, throw in a few bits of each environment that can be interacted with to finish off enemies and not only would you have doubled the depth of the combat right there, but you’d have shades of the well-regarded Def Jam games from a few years ago. Instead, I found myself tiring of The Quiet Man’s aggressively boring gameplay faster than perhaps any game before. 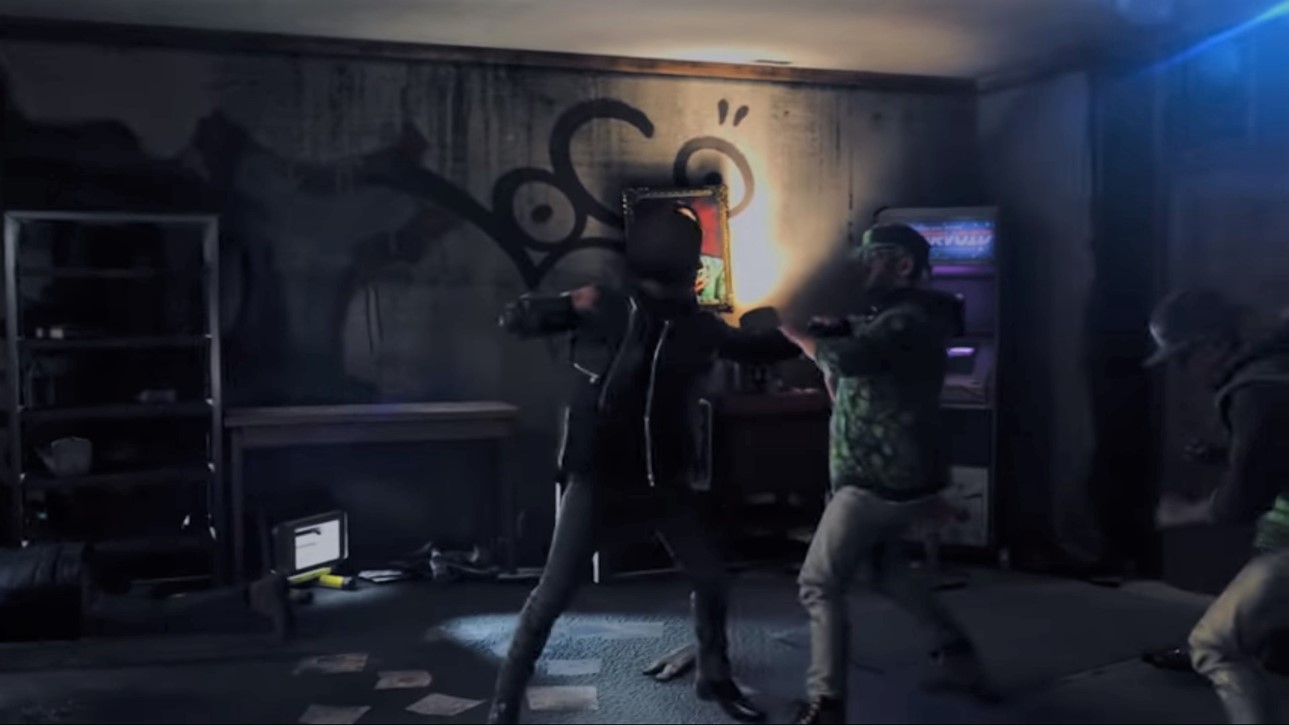 It also doesn’t help that, like The Order 1886 and Superhot, The Quiet Man seems to have been developed by a studio that hates when people actually play their games. Gameplay is frequently interrupted by long cutscenes that meander back and forth between frustratingly nonsensical, hilariously nonsensical and annoyingly vague. The longest stretch of unbroken gameplay is right at the beginning, having you fight through four rooms against maybe a dozen guys, after which you’re in for one or two combat encounters at a time for pretty much the entire remainder of the game.
I had thought about joking that The Quiet Man makes me think of what might happen if a Heavy Rain-era David Cage tried to make a gritty, Max Payne-style action game, but no. Even at his worst, David Cage is miles better than this and would never allow one of his games to be released in this state.

I never finished The Quiet Man and to be completely honest, I didn’t even try. I played through what I understand to be about half of the game before quitting out and submitting a request for a Steam refund. Anyone with sufficient gaming experience can tell what a waste of time The Quiet Man is before getting even that far. Between the amateurish filmmaking of the corny-in-a-bad-way live action cutscenes to the glitchy, too-basic-to-even-be-called-generic gameplay, most people can recognize The Quiet Man for what it is within moments of seeing it and intuit for themselves to stay far away.

In conclusion, don’t bother with The Quiet Man. There are loads of other short, inexpensive indie games out there that are infinitely more worthy of your time. Personally, I used the money I saved to pick up this totally sweet alternate version of Path to Exile from Magic The Gathering. The alternate art was done by Rebecca Guay, one of the best artists ever commissioned by Wizards of The Coast, whose beautiful and intricately detailed watercolor portraits make you feel like you’re playing with something on loan to you from the Louvre. Path to Exile is also just an awesome, well designed card, and combined with Rebecca Guay’s artwork, puts it about as far in the opposite direction of The Quiet Man as one can get. 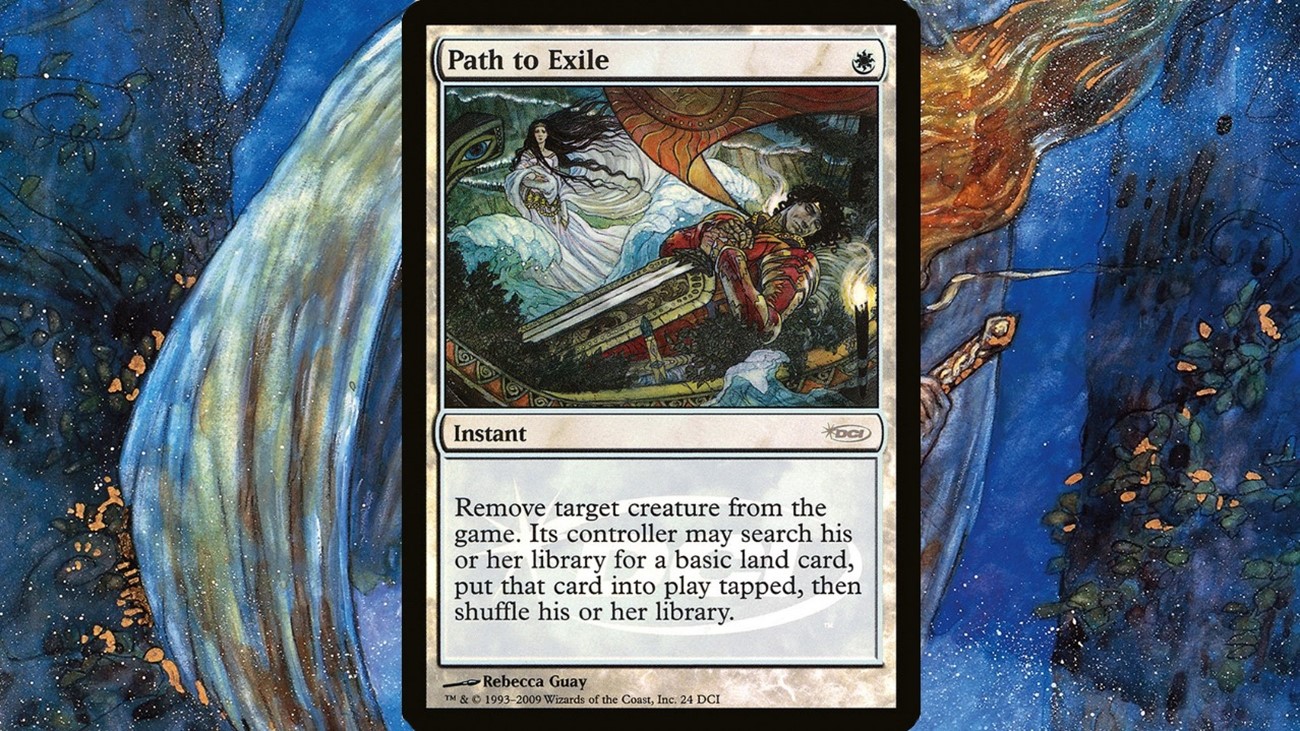 1.5/10
Time To Complete: 2 Hours
Challenge: No
Best Advice: Save Your Money
Try Instead: Hellblade: Senua’s Sacrifice, Get Even, Echo