“But Does It Have Updog?”

Donut County feels to be like what might happen if the developers of Katamari went the Mighty No.9 route of making a legally safe knock-off of their own intellectual property, which given the Great Konami Implosion of 2015 may have to happen if we ever want to see a proper Katamari game again (but I digress).
Not that comparing Donut County to Mighty No.9 is would be fair in most cases, because unlike that game, Donut County is actually quite good. Nor do I want to imply that Donut County ever rips off Katamari, the story is way too coherent for one thing, but the gameplay of both games is as similar as it is nonsensical. Indeed, the initial concept started out as a throwaway joke on Twitter before evolving over the next six years into Donut County, a short but sweet indie puzzle game that exudes charm from every pore. 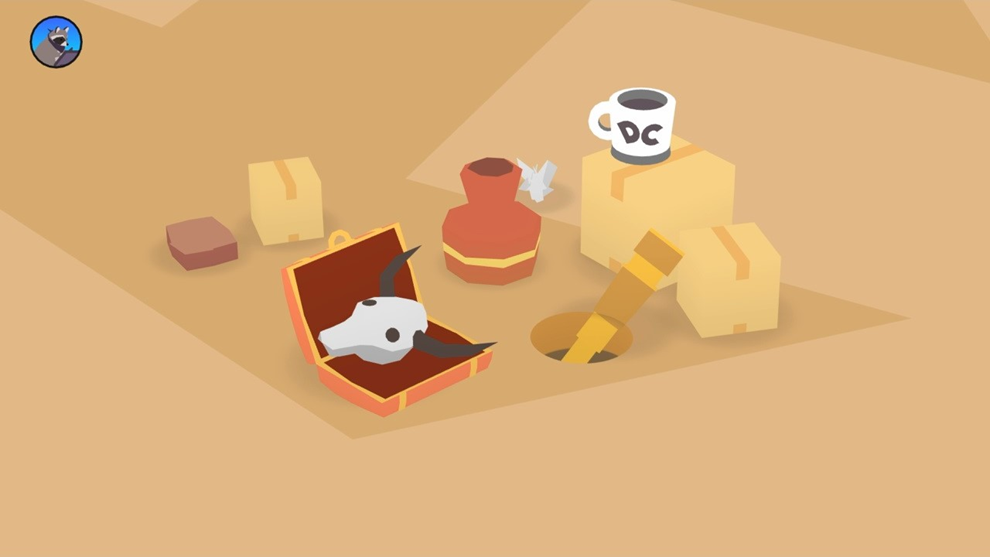 Your goal in Donut County is simple, consume everything. Like the Katamari games, Donut County keys into that cathartic sense of destruction normally reserved for action games. Though you sadly never graduate to the ridiculous scale that the Katamari games do, ripping entire land masses from the ground, steering an ever-expanding hole around a level and dropping it’s contents into it one at a time turns out to be just as entertaining.

Unlike your ball in Katamari, the hole in Donut County can sometimes take on the properties of the objects it consumes such as fire, water or that most illustrious of elements, snakes. Collected objects can also be expelled from the hole and occasionally even combined into new items in order to solve puzzles or just to make another object to consume. The items you collect can be examined after each level and each has a humorously written blurb attached to it. Donut County’s soundtrack also deserves particular mention for a number of charmingly upbeat instrumental tracks that all serve to maintain the games light-hearted atmosphere.

You wouldn’t expect a game like Donut County to have much of a story, certainly no more than a loose framing device to set up the gameplay, but Donut County has higher aspirations than that. Through a series of flashbacks, Donut County tells the story of a town being slowly consumed by the appearance of mysterious holes in the ground and the characters caught in the middle of it. For what is outwardly a comedy, I can’t exactly say I found the story particularly “funny”, but it was fun, and did the job of keeping me engaged as I progressed, something the actual gameplay occasionally struggled with. 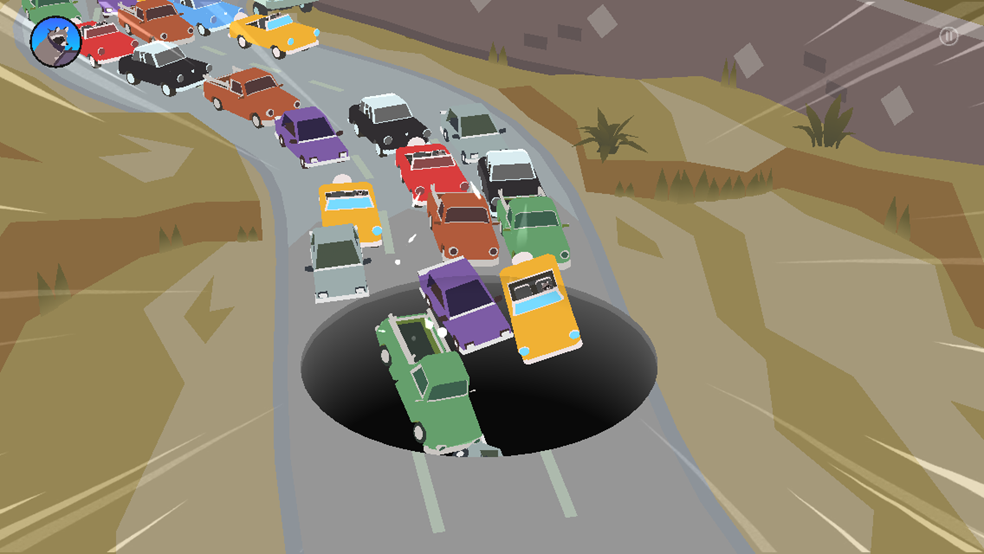 Donut County might ostensibly be a puzzle game, but the “puzzles” are so straightforward that gameplay often feels more like connecting a series of dots with about the same mental effort required. The fact that each level is restricted to a single screen at a time really limits how complex the puzzles can be, and how challenging the game as a whole can be as a result.

The challenge in Katamari comes from finding objects small enough to collect so you can grow enough to gather larger objects. But in Donut County, everything is right there in front of you, so the gameplay is less “How can I get big enough to eat everything?” and more “Eat this, then this, then this, then win.”. Donut County does expand its levels later on to a more freeform layout with more complex puzzles, but by that point it’s nearly the end of the game, so rather than simply appreciating the improved level design, all I could think was “Why haven’t we been doing this the whole time!?”

The game also isn’t very long, clocking in at around two hours for my first playthrough. This particular “too short” criticism isn’t the fault of the story, but rather that the difficulty of the levels doesn’t ramp up alongside the narrative. By the time the story reaches it third act, I felt as if I’d barely gotten out of the tutorial levels. 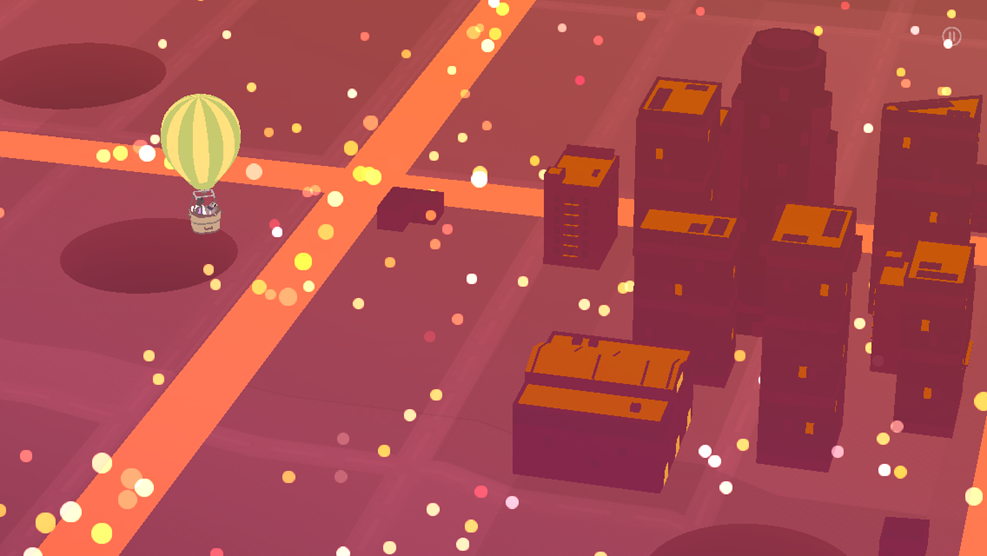 Donut County reminds me very much of Small Radios Big Televisions, another well designed, visually distinct puzzle game that was so insultingly easy that I sailed through with little effort and even less thought. Still, the story and gameplay we do have make Donut County a great indie game in a year of great indie games.

I was surprised to learn of the existence of an iOS version of Donut County, compatible with an iPhone 5S or later, making Donut County a rare instance of a game that I played on multiple platforms before reviewing. The smartphone turns out to be a great fit for Donut County and suits its gameplay perfectly. Forgoing a virtual joystick, you can drive the hole by simply sliding your finger anywhere on the screen to make the hole move in the corresponding direction. It ran well on my iPhone SE with fast loading times and no noticeable slowdown, no dip in graphical quality and no disparity of features. I might even go so far as to say that the iOS version of Donut County is the definitive version of the game. It’s the same too-short, too-easy, yet charming and cathartically satisfying game on the iPhone as it is on the PS4, and it’s a lot harder to set up your PS4 on the bus.