Part of what makes Devolver Digital’s model of publishing lots of small, one-off titles so great is that it allows them to play up hits like Downwell and The Talos Principle while the letting less successful games like Absolver slip into obscurity (but the north remembers). The Red Strings Club is another in a long line of lovingly crafted indie titles that you may not be playing this time next year, but definitely deserves your attention now. 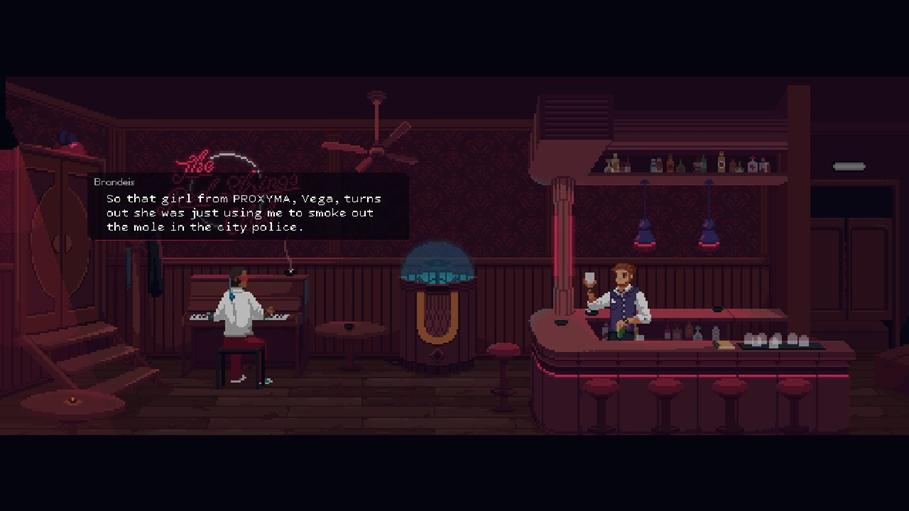 At the center of the game is the titular Red Strings Club, a bar that by it’s own admission exists as an anomaly in it’s own world, a cyberpunk-tinged Callahan’s Crosstime Saloon, if you will (and if you get that reference, I love you), where the club’s sole proprietor, Donovan, deals in information and mixes drinks for various clientele based on their personality. Bartending and conversating with patrons makes up the majority of the gameplay in The Red Strings Club. In between plying a patron with questions and engaging in deep philosophical conversations, you’ll get the opportunity to fix them a drink. But bartending isn’t as simple as getting a subject drunk to make them more pliant. You’ll have to fine-tune the ingredients of your drinks to match them to an aspect of your subjects personality to make them more arrogant, somber, or anything in between.

The Red Strings Club really did make me feel like some kind of artisanal bartender. Pouring a set of two mixed drinks out of a shaker and adding a touch of a third ingredient to put my reticle right in the right spot before dropping in a single ice cube to lock onto my target gave me the same visceral feeling of satisfaction as pulling off a difficult headshot in a Sniper Elite game.

The other primary segment of The Red Strings Club has you play as an android tasked with creating designer implants to help clients with their various social or economic difficulties. Though not quite as mechanically deep as bartending, the process of crafting implants was perhaps my favorite instance of gameplay in The Red Strings Club.
After reading each clients file, you’ll select the implant you feel will help them most with their specific problem and sit down to craft it. Implants are created on a lathe using various shaping tools. The process of creating implants is a bit more forgiving than it first appears to be, but nevertheless I found myself really getting into it, grooving on the selection of 80’s-inspired synth music and happily switching between tools to carve away all of the extraneous little bits of an implant. Incidentally, The Red Strings Club is officially the first time I’ve preferred to play a game with a trackpad. 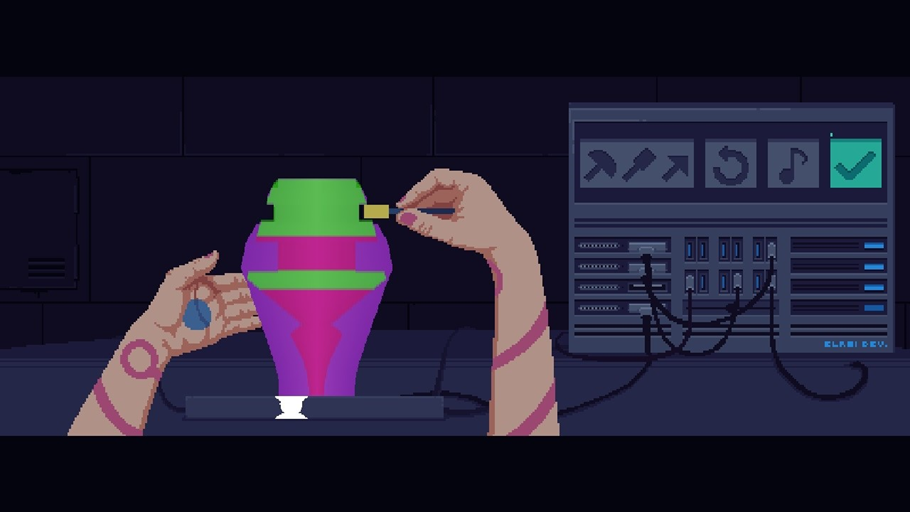 Like a lot of adventure games, The Red Strings Club doesn’t have a conventional failure state. The game will find a way to roll with every decision you make, a suspicion I confirmed when, for science, I purposely gave a client the wrong implant, granting increased sex-appeal to a writer having difficulties with critics.

Throughout the various changes in location and gameplay, a central plot does eventually begin to unfold of a resistance movement fighting to stop a plot by a nefarious megacorporation. What seems on the surface to be a generic-brand cyberpunk story actually ends up being fairly unique, exploring the perspectives of several different characters. Ultimately though, you play The Red Strings Club for the characters and the atmosphere, and luckily, both are stellar.

The biggest point of contention for most players will most likely be that The Red Strings Club is about story first with gameplay at a distant second. Like most point and click adventure games, The Red Strings Club is paced more like a book than a video game, and gamifies whatever your character is currently doing rather than returning to an established gameplay style over and over again. I kept waiting for the game to switch back to implant crafting, as I enjoyed the therapeutic monotony of chilling out at the lathe to some sweet electronic music, but once each part of the story is done, it’s done. The story was too enthralling for me to stay disappointed for long though, going from implant crafting to bartending and finally to some corporate espionage, all well designed and exactly as deep as they need to be for the amount of time we spend with them. 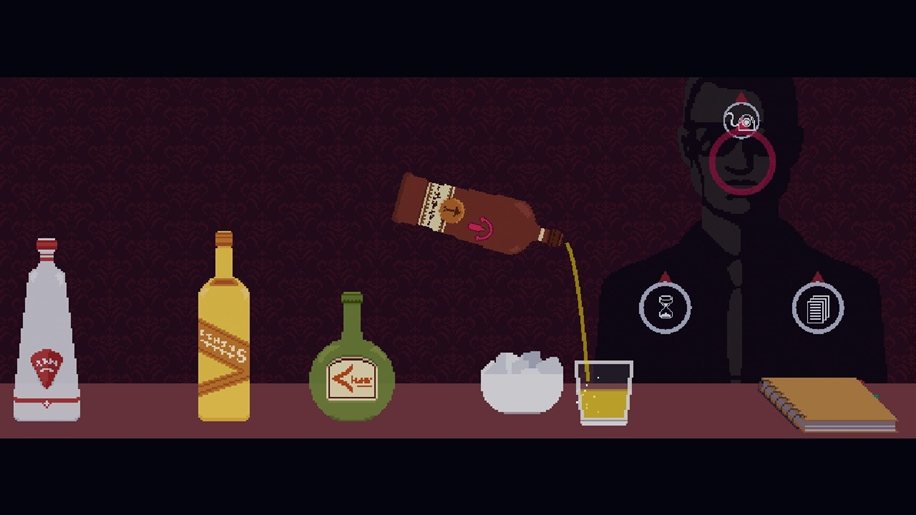 The Red Strings Club isn’t going to light the world on fire, but it’s an exemplary version of exactly what it’s trying to be. After hours of pondering, my best criticism is still “I wish I could have done more bartending and implant crafting”, and a criticism like that is almost always the mark of a great game. I’ll always prefer to remember a game fondly for leaving me wanting more of it rather than wanting less.

Gamers today, myself included, seem to have been subconsciously conditioned to judge a game’s quality by whether or not it can be replayed endlessly. The Red Strings Club stands as a rebuttal to that idea. For about the price of a movie ticket you get a couple hours of great story, and if you like it, you can buy the next game Deconstructeam makes. Going this way you can have half a dozen unique experiences for the price of one “AAA” game, all without having to touch a single Call of Duty game.

We should all be so lucky.