Like a lot of people, I sometimes have a strange aversion to trying games I would almost certainly like. It took me forever to get around to trying the Katamari games or Shadow of the Colossus, games that I’m firmly convinced most people would love if they could be persuaded to sit down to either one with an open mind. Not that I don’t understand the impulse to stick with what you like. When I’m browsing Steam’s new release page, my reaction can frequently be summed up as “Sure this looks good, but if I play this, I won’t be going through Dark Souls 2 for the fifteenth time.”

So I have to thank a friend of mine for chasing me out of my comfort zone by badgering me to try out a little indie game called We Were Here, a shockingly competent co-op puzzle game that I didn’t review at the time because sometimes my brain falls out and I forget I’m not IGN before I attempt to review another gigantic open-world AAA game that I’m not always able to cover properly. Allow me to correct that mistake then and shine a light on two pearls dredged up from the ocean of sludge that is the Steam store. 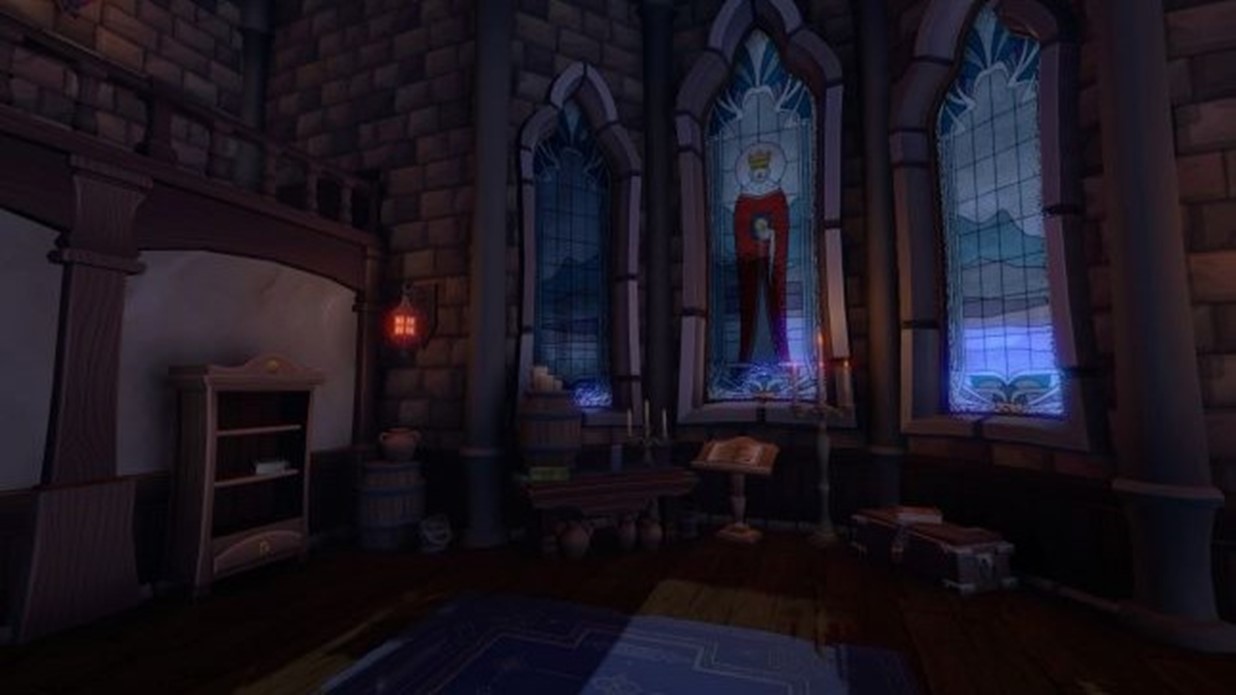 We Were Here and it’s sequel, We Were Here Too are very much indie projects, so be prepared to change your region each time you boot it up, as well as to play with a mouse and keyboard setup because despite the “partial controller support” tag on the game’s Steam page, even my trusty 360 controller didn’t seem to work completely.

The first We Were Here began with the two members of a group of arctic explorers getting clubbed over the head before being taken to a castle, put in separate rooms and given radios by what is essentially a worse version of Jigsaw. We Were Here Too stars the remaining two explorers, having failed to notice that their companions have been picked off until moments before a signal flare draws them towards that same castle. The story of We Were Here isn’t so much threadbare as it is like accidentally walking into a spiderweb and tells us nothing else about the protagonists, the castle, or the motivations of Bad Jigsaw except that he apparently studied under Riddick at some point.

The gameplay of both We Were Here games is completely identical. Players move though a castle full of medieval traps and must work together to solve them with nothing but a basic set of 3D movement controls and an interact button. But what makes We Were Here and its sequel unique is that you and your partner are exploring different parts of the castle, never able too see what the other person is doing.

So where most co-op puzzle games would have players put their heads together to overcome each challenge, We Were Here’s puzzles are split in two, usually with the mechanism in one place and the information needed to manipulate it in the other. Neither player can see what the other is doing however, and need to make use of the pair of walkie-talkies and the We Were Here’s in-game chat function to communicate what’s going on in their section of the game. In a noel twist, the walkie-talkies actually function like real walkie-talkies, meaning players need to hold down a button to talk, during which time he or she can’t hear the other player. While you might be tempted to just use Discord instead of bothering with the radios, I actually liked how you’re forced you to stop and think about what you’re going to say rather than just blurting out your every thought like those people who can’t tell you what time it is without throwing in their own two cents. 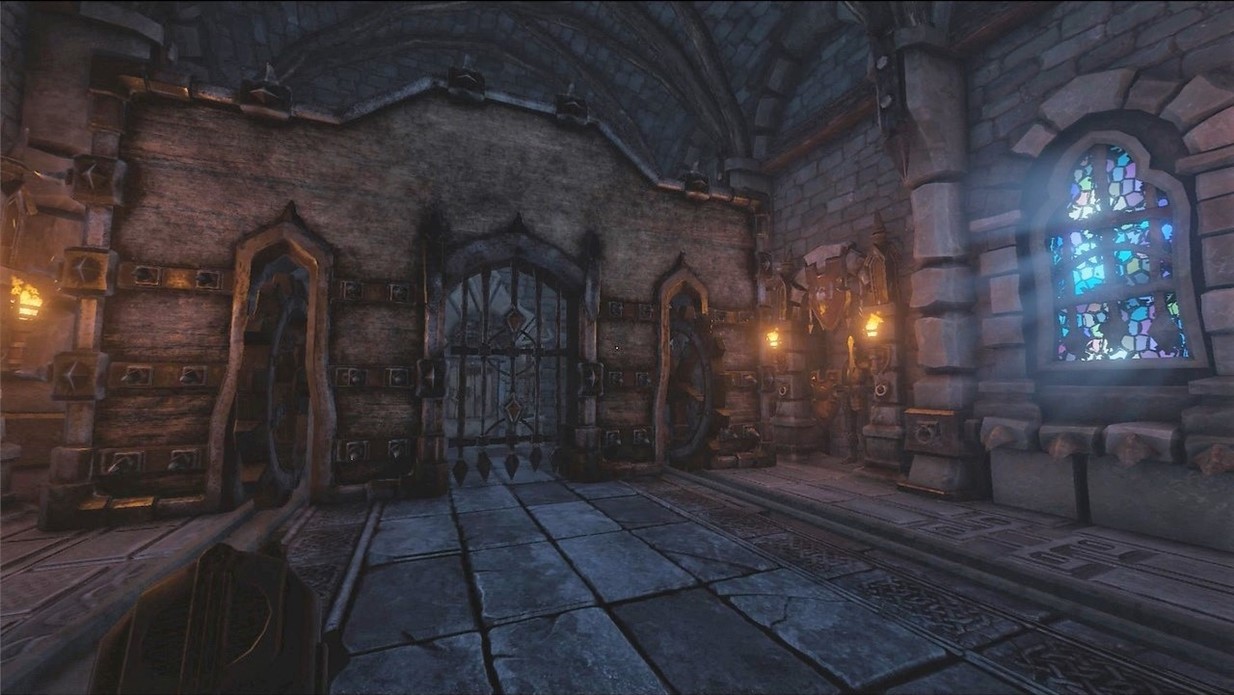 The first We Were Here was a free, proof-of-concept indie game, and while that in no way frees it from criticism or the obligation to follow basic tenants of good design, it does make a lack of polish or the odd bug easier to swallow. That said, We Were Here’s puzzles are almost universally excellent, with widely different types of challenges and many different elements that need to be communicated throughout the game.

Unfortunately, the excellent puzzle design is occasional held back by it’s level design. An early puzzle involving rising water hides it’s solution in an extremely unintuitive place, and a potentially cool puzzle involving a chess board later on in the game is brought down by the fact that one of the characters rapidly freezing to death during it, his vision icing over more and more as time goes on. This visual trope is actually a huge pet peeve of mine, so allow me to get this off my chest right here, because if Activision and EA can’t learn this lesson, maybe a few smaller, more self-aware developers can. Making my vision worse the closer I get to failure does absolutely nothing except increase my chances of failure. These were far from game-breaking issues, but a little more Q&A could have easily solved them.

We Were Here Too shows improvement on it’s fairly unique formula, with tighter overall design and slightly deeper puzzles. Even with those improvements though, there really isn’t much that differentiates the first game from the second. There is a neat method of unlocking an alternate ending to We Were Here Too, and given how short it is, my friend and I didn’t mind doing a second playthrough to in an attempt to get it. WWHT’s length may be the game’s biggest sticking point actually. I’ve defended short games in the past and chided other games to being too long, but We Were Here Too really is too short. In the case of the first game, the issue of length is one criticism that the “It’s free” defense deals with handily, but when you start asking for money, your game needs to feel like a complete experience. That doesn’t necessarily mean it needed more levels, but rather that the beginning, middle and end of the game needed to feel like the beginning, middle and end. In the case of We Were Here Too, I felt like I’d barely gotten into the game’s groove before the last handful of puzzles.

We Were Here Too may have taken several hours to make it through the first time, but on our second playthrough, friend and I blew through the whole thing in about thirty minutes. Both games boast changing puzzle solutions with each playthrough, but on our second and third run through We Were Here Too, my friend and I only encountered a few permutations of each puzzle and a few that never changed at all. Most of those were the more annoying timed puzzles, so that may have been an conscious design decision, but it might have been a better idea to have simply made those puzzles less of a pain to get through

I was however, pleasantly surprised to discover shades of horror in the level design of both We Were Here games. I’ve wondered for quite a while how one might pull of an effective horror experience in a multiplayer game, but We Were Here might have stumbled on a fairly elegant solution. Though you’ll never have to outrun or outfight any monsters, observant players will occasionally notice……things…inhabiting the castle alongside them. They might be co-op games, but it’s hard to feel comforted by your partner when he or she is little more than a voice in your head and you’re left to wander the halls of the castle by yourself.

We Were Here isn’t exactly the next Silent Hill, but given the feeling of creeping unease I felt when I realized I’d been staring directly at a dark shape that was staring back at me before it slipped out of sight, I can safely say that We Were Here is scarier than when you’re about to lose at Tetris, which in in turn is several times scarier than anything in Resident Evil 6. 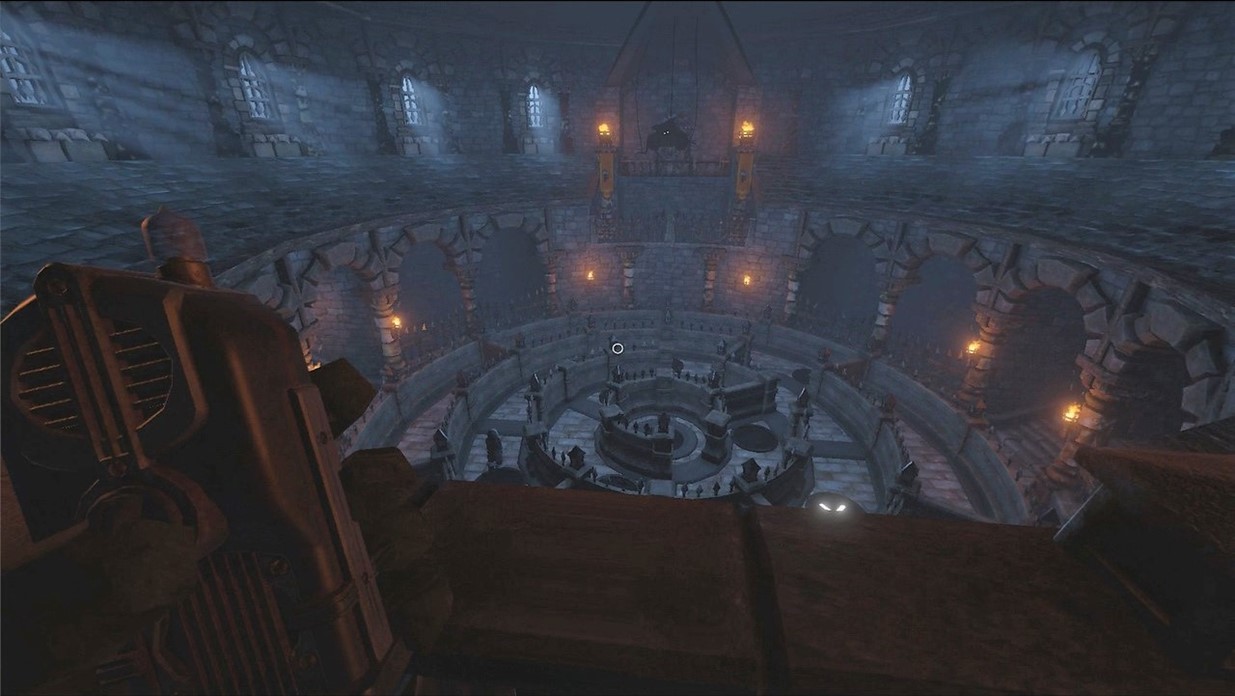 We Were Here: 6/10
We Were Here Too: 6.5/10
Time To Complete: 2 Hours, 3 Hours
Challenge: Moderate
Best Advice: Communicate Every Little Detail
Also Try: A Way Out, Ilomilo, Keep Talking and Nobody Explodes