“Watch Out For Snakes”

When A Way Out made it’s debut at E3 2017, single-handedly preventing EA’s press conference that year from being so boring that the planets started moving backwards for a minute to give everyone their time back, I was fairly sure I’d be playing it when it came out. Good cooperative games are rare enough, those that can be played locally even more so, and good games with local co-op that try to tell a good story are almost completely unheard of. But Hazelight Studios manages to do all three by keeping the game small and focused on doing a handful of things well rather than trying to do everything and delivering a mediocre experience overall, and in doing so have created not just a great game, but an early game of the year contender. 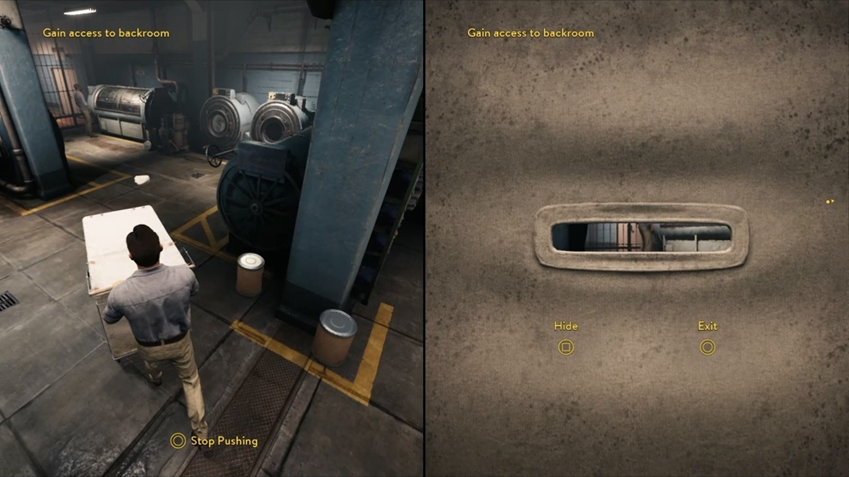 “Okay inmate, you can just dump that dirty laundry into the incinerator. I’ll be watching.”

Story-wise, the comparison I keep coming back to is the Kane & Lynch games, although where Kane & Lynch is a rare case of a story where the protagonists are unquestionably the bad guys, A Way Out is a more traditional tale of decent but wronged men out for justice. The protagonists in question, Vincent and Leo, find themselves in prison after being betrayed by a mutual enemy. To protect themselves and their loved ones, and to get some good old-fashioned revenge of course, Vincent and Leo must break out of prison and hunt down the man responsible for their incarceration.

Like a lot of crime stories, the quality of A Way Out’s story deserves to be judged by its characters rather than the sequence of events that make up its plot and in that regard, Vincent and Leo make out pretty well. Though neither has the most original backstory, each character is voiced and acted well enough that their stories remained compelling, enough even for me to genuinely care about their fate by the end.

It also doesn’t hurt that the game really doesn’t overstay it’s welcome. At six hours, maybe seven if you stop to smell all the roses, A Way Out might be a little on the short side, but for a narrative heavy story like this, you don’t want it to be a Skyrim-sized epic. I even thought the game could have stood to be a little shorter in places, but overall A Way Out is about as long as it needs to be.

“Wait a second. There are three valves in here…and my character has a beard! Half-Life 3 is confirmed you guys!”

A lot of games with a heavy narrative focus like Life Is Strange and Telltale’s The Walking Dead have caught on to the idea that giving players a generic set of third-person controls and letting them loose in a small contained environment gives the player a great sense of freedom while still functioning like a classical point-and-click adventure game, and the gameplay of A Way Out is very much in that mould as well. Gameplay is neatly split between slower paced sections of exploration and character development, and varied action set-pieces, each of which is pulled off surprisingly well considering that the controls change a little with each one.

As to the former, each chapter of A Way Out generally begins by giving you a smallish open-ended area to walk around in. Though the game doesn’t have anything in the way of side missions, there are usually a handful of minigames in each area, most of which can be played with your co-op partner, as well as NPCs to talk to that help flesh out the world and make it feel alive. A Way Out is also a good example of a game whose world feels big without actually being big. Like Killer7 or the original Mirror’s Edge, A Way Out’s levels seem to sprawl away from their borders and into the distance and give you a sense that the place you’re in and the story you’re experiencing are just one small part of a real living, breathing world.

The action set-pieces in A Way Out are hugely varied, but very well executed for the most part and all fit nicely into the set of basic third-person controls that A Way Out has you get used to during the games quieter moments. Most of A Way Out’s gameplay feels very similar to the gameplay in recent Telltale games, but a more traditional set of controls helps A Way Out feel much more organic moment-to-moment, even when you’re still going down a very linear path. Gameplay in these sections jumps nimbly from Uncharted-style chase scenes and quick-time-event fistfights, to the more traditional exploration and puzzle solving of a Telltale adventure game, to the boilerplate but still exceedingly competent shooting sections of the Kane & Lynch games.

The friend that I played through A Way Out also likened it to Heavy Rain, and while he and I have vastly different opinions of Heavy Rain, I can’t exactly say he’s wrong. Both games have the same nucleus of story-heavy adventure, livened up with the occasional burst of action.

While I won’t say that you should try Heavy Rain if you like A Way Out, I will say that if you’re a fan of Heavy Rain, A Way Out executes on Heavy Rain’s goals more competently, particularly in the voice acting. And don’t worry Heavy Rain fans, my friend and I both had the presence of mind to yell “Jason!” in awkward, warbling voices throughout A Way Out whenever the situation seemed to call for it. 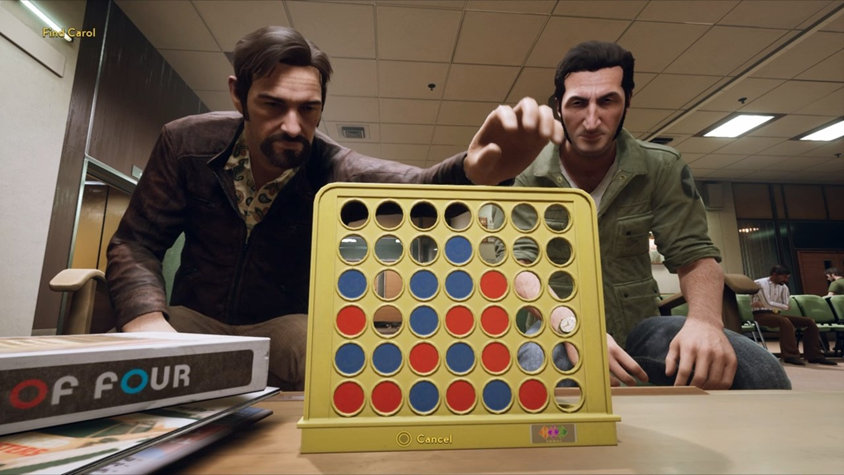 A Way Out can be played either online or locally, and interestingly the game runs in splitscreen regardless of which you choose. While this seemed strange at first, I ended up greatly appreciating it. Hazelight Studios clearly want their games to be communal experiences, and as with their previous title, Brothers: A Tale of Two Sons, being able to see what your partner is doing at any given time is integral to building and maintaining the sense of camaraderie the game is going for.

Would A Way Out be as good had it been a single player game with an AI partner? Probably not. It would have been just fine, but not revolutionary. The restriction to single-player was probably the biggest problem with Brothers: A Tale of Two Sons. The whole “single-player co-op” angle was cute and generally worked well, but there are few enough story-based co-op games as it is and it would have been nice to have the option. By the same token, co-op, particularly local co-op, is what saves A Way Out from mediocrity.

Not that A Way Out has a bad story, but it is a pretty generic video game revenge tale of two people forced by circumstance to work together towards a common goal. And as a fan of Mystery Science Theater 3000, I never felt bad about making cracks in between lines of dialogue (one of my favorites being “I just realized I can’t reach the chisel from this cell”), something I wouldn’t have been doing if the story had been riveting me to my seat. 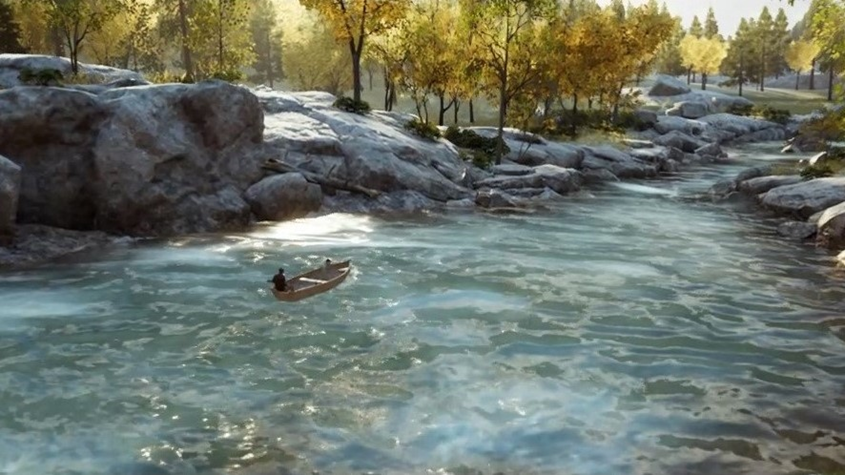 “Ha! That helicopter can’t catch us now!”
“How’s that? We’re in a rowboat.”
“Yeah, we’re in a watercraft. Can a helicopter go in water? I don’t think so, baby. We’re home free!”

Terms like “raising the bar” or “setting a new standard” always make me roll my eyes when I hear them because they’re almost invariably hyperbolic. But A Way Out may well raise the bar for story in a multiplayer game. It’s my well-honed skeptical instincts that keep me from making that claim outright, but several days of pondering have left me unable to come up with any games that do it better.
That’s not to say A Way Out has the best story I’ve ever played through, not even close. It’s not exactly The Last of Us, nor does it match the subtle, passive storytelling of Dark Souls, and even in terms of games with a heavy story focus Hellblade still has nothing to worry about. But if you love adventure games and have ever wondered what playing through one might be like with a friend, now’s your chance to find out.