“A Shock To The System”

To say that we’ve been waiting a long time for Prey wouldn’t be strictly accurate. The game known as Prey 2, announced in 2011 and developed by Human Head Studios, never actually made it out of development hell and was quietly rebooted and transferred to Arkane by Bethesda.

That’s sad, and as a friend of mine said when I showed him the 2011 Prey 2 trailer, I wish I could play them both, but this Prey deserves to be judged on it’s own merits rather than what it could once have been. And on it’s own merits, Prey is an intelligent, solidly designed game and one of the best RPGs I’ve played in quite some time. 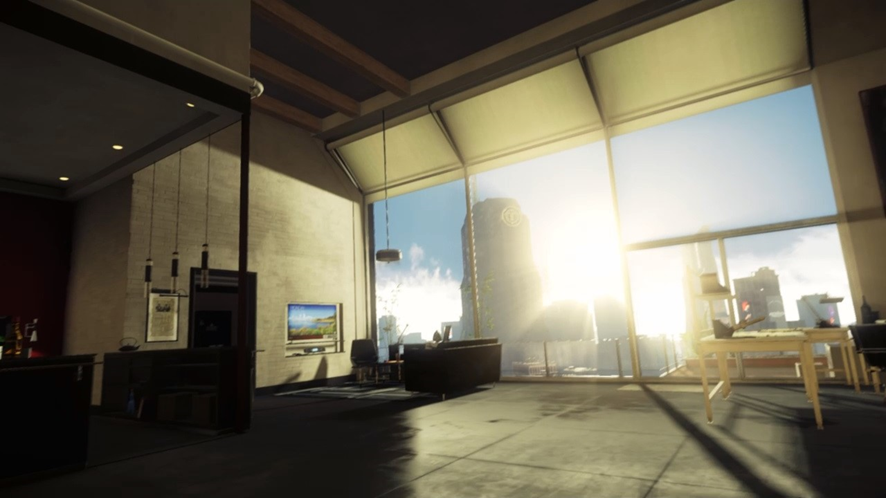 If you go into Prey expecting an experience comparable to either the original Prey or 2011’s Prey 2, then you’re probably going to be disappointed. This is neither a fast-paced, Doom-style shooter that the original Prey was or the open-world, free running action game that Prey 2 purported to be. The best point of comparison one could make to Prey would be the original Bioshock, and not only because System Shock is now a little too dated for most modern gamers to have any experience with, but because Talos 1, the setting of Prey, is more visually reminiscent of Rapture than a space station from any modern sci-fi game.

Like Rapture, Talos 1 nearly ends up being a character unto itself. Arkane proved with the Dishonored games that they could make unique, fantastical settings feel like places that people actually live in and Talos 1 is no exception. Most civilian areas of Talos 1 are furnished in a smart, 60’s art-deco styling with wood paneled walls and brass railings. This style is owed to the alternate timeline Prey is set in, one in which JFK was never assassinated and bolstered research into space exploration. The alternate timeline never comes up in the story any more than it does in the Fallout games, but it provides a nice backdrop for the game and grants it a more unique atmosphere than it might otherwise have had.

The story follows Morgan Yu working for his brother Alex at Transtar, a company dedicated to improving humanity through scientific advancement, specifically the invention of neuromods, neural modifications that can bestow new skill and abilities.

Much like Bioshock, the story is largely told through the game’s environment, numerous audio logs and other characters talking at you, usually over the radio. Most of the time this method of storytelling works well, as it did in Bioshock, but where it starts to fall apart for me is that Morgan is a silent protagonist. Much like Corvo in the original Dishonored, Morgan is a character around whom the story and all the other characters revolve, but he never says a single word to anyone, and like Dishonored, it occasionally creates strange moments where the main character seemingly should or would speak up, but doesn’t. This wouldn’t have been quite as noticeable if we hadn’t been asked to choose Morgan’s gender right at the start, as it tacitly implies that the character we’re playing as is going to have a real part to play in the story. But while the player obviously has a significant role in the events of the game, Morgan Yu the character never really does.

More often than not, the enemies are the main attraction in Prey and it’s been a while since I’ve seen aliens that seemed as utterly alien as the Typhon. Formed out of an inky-black goo, the Typhon move with a strange erratic fluidity that can make their movements difficult to predict. They come in a wide variety of shapes and sizes as well. From the vaguely humanoid Phantoms that sometimes speak with the voices of the humans their bodies are made from to Cystoids, swarms of living bombs to Technopaths, massive floating creatures that can disable your energy based weapons and enslave security turrets, turning them against you.

But the most memorable Typhon for most players will likely be the Mimic. These small, spiderlike creatures can disguise themselves as any loose object on Talos 1, frequently creating moments of “Wait, was that there before?”. Not only are Mimics visually cool, but their presence actually aids the design of the game by changing how you view the world. When a garbage can, first-aid kit or anything in between could potentially be an alien death spider waiting to ambush you, you’re forced to slow down and really take in your surroundings and this has the effect of making you pay attention to things you might not otherwise notice, like hidden passages or notes containing vital information.

Talos 1 is one of the most intricately designed game world in recent memory and demands that close attention be paid to it, and Mimics are Prey’s quietly brilliant conceit to make you do just that. The very idea of Mimics will keep most players on their toes and fosters a foreboding atmosphere throughout the game. Many times while exploring I would walk into a room, spot a cluster of objects and rush to smash them all with my wrench, only to discover the room completely devoid of enemies. By the end of my time with Prey, I’d killed nearly as many coffee mugs as I had aliens. 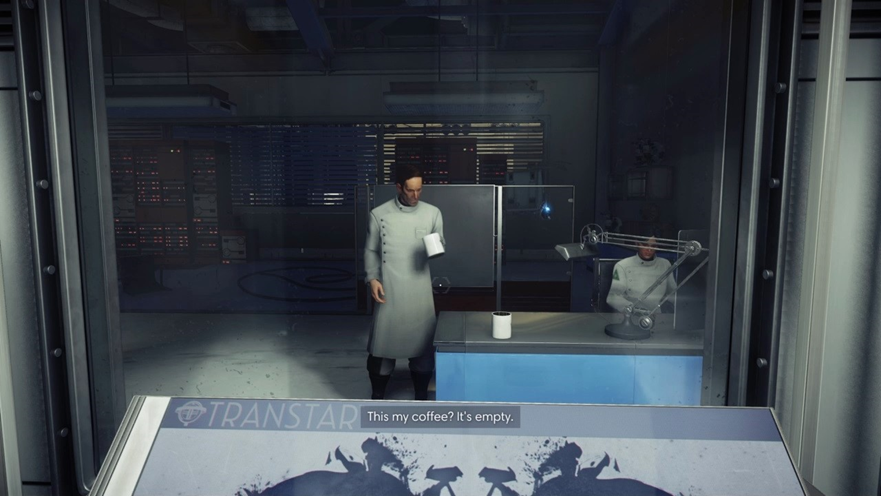 The Typhon are numerous, powerful and difficult to take down with conventional firearms, and although you do get into quite a few fights in Prey, I would resist classifying it as a shooter and the game seems to agree. To reinforce the idea that this is an adventure game in first person rather than a first-person shooter, one of the first items you get your hands on is a device called the GLOO Cannon.

As much of a tool as it is a weapon, the GLOO Cannon shoots rapidly expanding foam which can create platforms, put out fires and stop arcing electricity from broken machines long enough for you to repair them. Shooting most enemies with enough foam will stop them in their tracks, leaving them open to attack or allowing you to make your escape. In the same way that Mimics force you to be aware of your surroundings, the GLOO Cannon encourages you to look for things you can take advantage of in the environment.

While playing Titanfall 2, I remember lamenting how the game never took advantage of its sci-fi setting to experiment with some more out-there weapons or tools, and I’m happy to report that Prey doesn’t make the same mistake. Though you will find several more conventional weapons to help you deal with the multitude of threats on Talos 1, the game is full of unconventional sci-fi gadgetry to discover, the aforementioned GLOO Cannon being only the tip of the iceberg.

It’s a testament to Arkane’s design philosophy that no matter how large your arsenal becomes throughout Prey, you never feel particularly overpowered. One aspect of Dishonored that helped it feel so grounded despite it’s fantastical setting was the fact that behind all of your superhuman abilities, you were a vulnerable flesh and blood human that a bullet of knife could still take down under the right circumstances. The same applies to Prey, it’s hard to feel like too much of a badass, even when wielding my enemy-exploding Q-Beam, with the knowledge that many of the enemies could decapitate me with ease and any given desk lamp or cardboard box could unfurl and rip my face off if I let my guard down at the wrong time.

I found that there weren’t any weapons I never used at all, which reflects good design, and the game gives you enough ammo for each weapon so that you never build up a huge stockpile, but you also don’t have to worry about running out of ammo for a weapon the second you decide to use it. It’s a hard balance to strike, but Arkane nailed it.

My favorite weapon might be the Recycler Charge, a kind of grenade that breaks down everything caught in its blast radius into its base elements which can in turn be used in conjunction with the games’ crafting system.

Crafting in Prey is unique, intuitive and functions like a more streamlined version of the crafting system of Fallout 4. Any item, from loose bits of garbage to items you don’t want to extra weapons you don’t need can be inserted into one of the many Recyclers found across Talos 1 and broken down into one of four base materials. These materials are then fed into Fabricators to create any item you’ve obtained the blueprints for, be it consumables, ammo, weapons or neuromods.

Considerably less impressive is the disappointingly token system for upgrading your weapons. Considering how similar this game is to Bioshock, I was expecting a comparable system of sparse but significant upgrades. Instead, we get incremental improvements to a weapons handling, reload speed and so on. Not only is this system boring, it also means that each individual upgrade isn’t particularly useful, making weapon upgrades feel less important and exciting than they should. 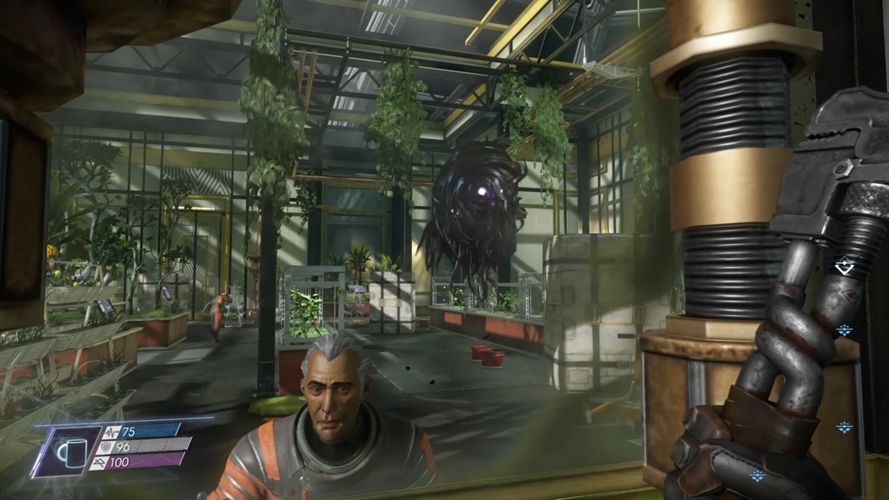 Prey is a smart, character-focused slow burn with tons to see and do that finds a way to make to your choices matter without the need for moral choice systems or other such outdated conventions. It’s is a cohesive experience where events in the story can impact the gameplay and vice-versa, and the choices you make in both can significantly change your moment-to-moment experience of the game. With that in mind, I would advise against save-scumming and encourage players to wear their mistakes, as stories feel more special when you can’t just take a mulligan on important decisions.

Between Prey and the Dishonored games, Arkane is fast becoming a studio to watch. Their stellar writing and approach world design, both visually and mechanically are setting new standards for RPGs and storytelling in games. I can’t wait to see what they do next.