“This Is The Way The World Ends”

So this is it. With the release of The Ringed City, From Software is stepping away from the Dark Souls series for what could be a very long time. Maybe forever.
That’s sad, but it’s also so rare for a series of any kind to be able to conclude on its own terms that I have to be glad for it being able to do that. If this truly is the last we see of the series, then From Software has given it an excellent send-off, with The Ringed City offering a satisfying, if somewhat melancholic ending to the world of Dark Souls. 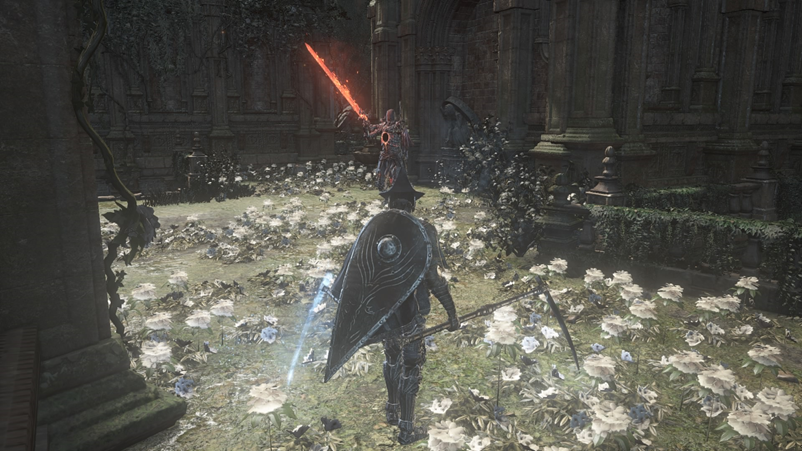 For the benefit of those who like to make discoveries in Souls games for themselves, I won’t say where the entrance to the Ringed City is, but the overarching theme of the DLC is “The end of the world”, which should set you on the right track.

As someone who generally prefers to start a new character after finishing a game rather than go through New Game Plus, an issue I experienced after completing Ashes Of Ariandel was that there was very little to do with the various weapons and equipment I’d acquired inside it after beating it. The Ringed City unfortunately has this problem as well and whether it was a conscious decision or not, highlights why placing expansion areas earlier on in Dark Souls 1 & 2, not to mention Bloodborne, was a better idea. Speaking of Bloodborne, The Ringed City is, in terms of length and content, a little closer to the Old Hunters expansion than any previous Dark Souls DLC and anyone who complained about the length of Ashes of Ariandel will likely be satisfied with the offerings of The Ringed City.

Your descent to The Ringed City through the Dreg Heap, an expanse of crushed-together castles and landscapes, is full of long vertical drops and really feels as if you’re heading far away from the rest of the world. Many disparate things have made it to the end of the world, and so fans of Dark Souls 1 & 2 may come across several familiar sights as they journey into the Ringed City.

Being an expansion that not only continues the story of Dark Souls 3 but actually caps off the entire series puts The Ringed City in a slightly awkward position. It’s a faux pas that Ubisoft committed with Prince of Persia 2008 that everyone railed against at the time, and I wouldn’t want to give From Software a pass just because they’re generally a much better developer. That said, unlike Prince of Persia, Dark Souls 3 doesn’t simply stop around the game’s climax just so From can hock us the ending for ten bucks and The Ringed City doesn’t invalidate DS3’s ending in any way, but at the same time it does ultimately feel like the true ending to the game and the series as a whole. 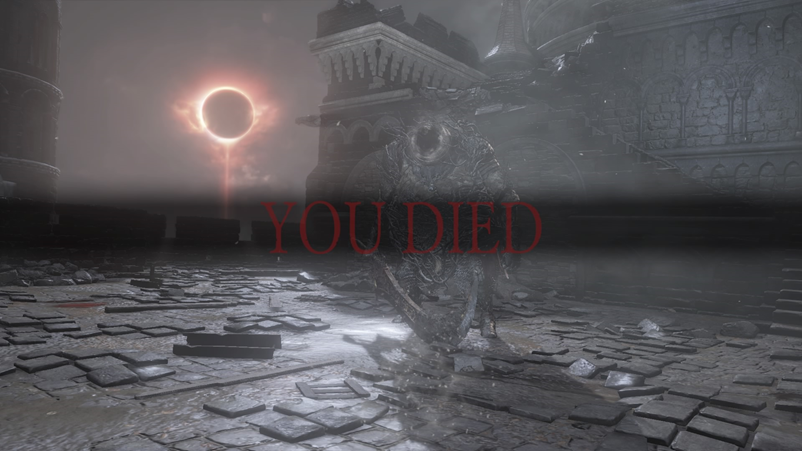 While the Painted World of Ariandel was well-designed and nicely varied, it did ultimately consist of a single type of environment. The Ringed City not only has multiple, visually distinct areas, but also unique enemy types for each of them.

The combat is as good as ever, with many new and interesting weapons and spells to discover. Overall, I would have to say that fighting the teams of Followers in Ariandel, each with specific skills that complement each other, still probably constitutes my favorite enemy encounters, but the enemies in The Ringed City are generally fun and challenging to fight against in their own right.

The Murkmen that populate the early parts of the expansion fell easily beneath my greatsword, but rise endlessly out of the ground, necessitating that you move swiftly onwards after clearing an area. Ringed Knights wield a variety of fire-imbued weaponry and fight like more agile Silver Knights. Gigantic, robe-clad Judicators summon entire platoons of ghostly archers and warriors, though I really think that Judicators should have stayed dead once you’ve killed them, as they aren’t a good enemy to grind and usually end up being a little too annoying to kill every time you see them and I ended up just sprinting past them after a while.
Most enemies don’t require particularly clever tactics to take out, but The Ringed City generally demands a high degree of fighting skill to overcome, especially once you reach the expansion’s bosses.

The bosses of The Ringed City were the biggest sticking point for me. I’m a hardened veteran of the Souls games and have taken down the Orphan of Kos, the Defiled Watchdog of the Old Lords and the Fume Knight entirely by myself; the latter I even did using only half of the arena, because for various unimportant reasons I was unable to destroy the final Ashen Idol in Brume Tower before the fight. So with my Souls cred firmly established, I have to say that the bosses of the Ringed City are a little too hard.

Most of them simply have too much health. One of the characters I went through the expansion with was a scythe-wielding glass cannon who could kill nearly every basic enemy in just a few clean hits, but even her heaviest attacks seemed to barely do any more damage than the sword strikes of my frail twig of a sorcerer.

This isn’t helped by the fact that, in case you didn’t know, bosses get a health boost for each person who enters the fight, making summoned players an active detriment if they don’t pull their weight. Despite this, I ended up having to summon help for two of the expansion’s bosses, and I know that if I ever take down the Ringed City’s optional boss, I will do so with the help of other players.

What this means though is that when people eventually stop playing Dark Souls 3 entirely, the Ringed City will become nearly unbeatable for a lot of people. Yes, there are certain characters you can summon for help in lieu of human players, but NPC’s in Dark Souls almost never fight as well as reasonably skilled humans, and more to the point, summoning help should never be required to get through the game.

Throughout all of my experience with the Souls series, I’ve never gotten the impression that one boss or another simply couldn’t be defeated, but I found the mere act of fighting some of The Ringed City’s bosses disheartening at times, particularly the Ringed City’s optional boss, which might be the toughest boss in the entire Dark Souls series. 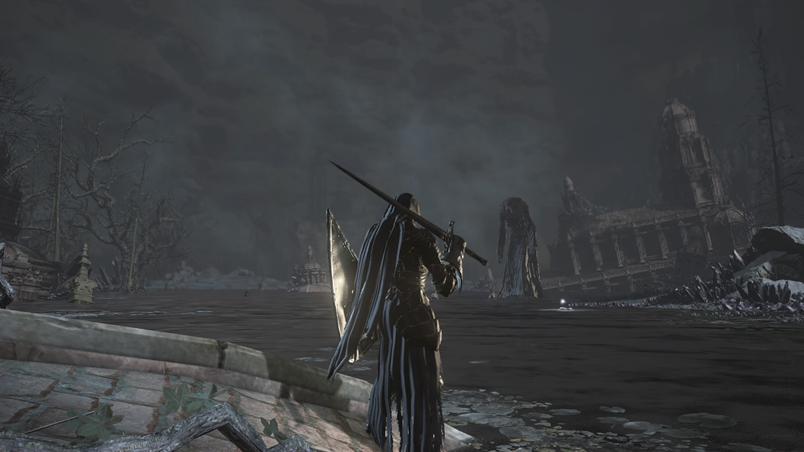 Looking back on this review, it seems a little more negative than I’d intended it to be, but the fact is that this is Dark Souls, with all the qualities and refinements you’ve come to associate with that name. Yes, the visceral, tactical combat is as brutal and satisfying as it’s ever been. Yes, the medieval-post-apocalyptic environments are stunning and creative; and yes, the expansion is chock-full of interesting lore to discover that has implications great and small for the entire series.
On top of all that, The Ringed City connects to Ashes of Ariandel in a small but significant way, similar to Dark Souls 2’s Lost Crowns DLC, offering a sort of lore-based reward for anyone who manages to complete both expansions, which is a very nice touch indeed.

My first playthrough of The Ringed City took approximately 10 hours, making it significantly longer than Ashes of Ariandel; and unlike that first expansion, the bulk of my first run didn’t mostly consist of me smashing my head against the area’s final boss over and over.

What with this being the last entry in the series, From Software would be crazy not to release complete Dark Souls trilogies for years to come. I might argue that between the three of them, the Dark Souls games have the makings of the best game ever. I know I’m not alone in that opinion and many Souls fans such as myself would love to come back to this series well into the future, until the flames fade, and only dark remains.