Small Radios Big Televisions is a game I knew I would inevitably be playing mere seconds into watching it’s trailer. I’ve always had a soft spot for the airy and the surreal, especially in games. A well-crafted atmosphere is important, and it can make up for a lot if a game’s world simply feels good to inhabit. The Fire Face Corporation clearly put a lot of love into Small Radios Big Televisions and have managed to create something special, even if the experience sometimes feels a little insubstantial. 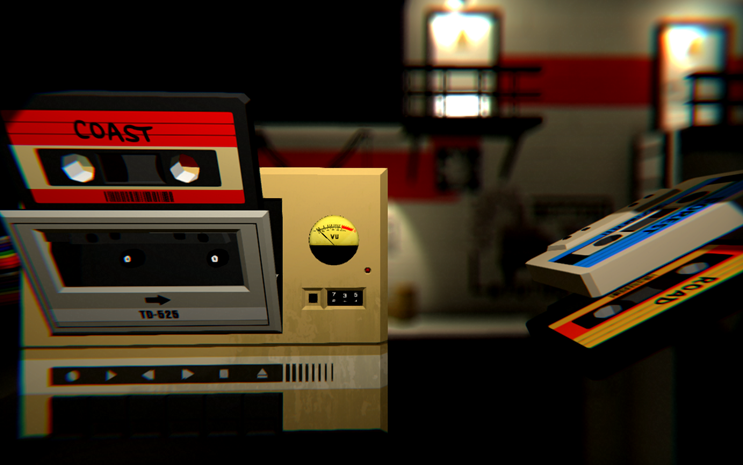 Upon starting the game, you’re set loose in an abandoned factory without any explanation and armed only with the TD-525, a strange device resembling a cassette tape player. Small Radios Big Televisions lets the environment and a handful of static-laden radio transmissions tell it’s story; keeping it compelling, but vague enough to be interpreted in multiple ways.

Each facility is explored on a 2D plane, though lacking any kind of player avatar, the game is lent a unique but strange perspective, as if you’re viewing everything in first-person. It can sometimes be difficult to remember exactly how to get back to a specific room and the game attempts to compensate with a map of each area, but the map does a poor job of communicating how the rooms connect and I quickly stopped using it. The levels are visually distinct from one another with their own theme and color scheme, which drove me to keep going just to see what I would find next. Before too long, you’ll come across your first tape, which is where things get interesting.

Inserting a tape into the TD-525 will seemingly transport you to the place described on it’s one-word label. Despite the game’s simplistic graphics, each area is aesthetically very beautiful and demonstrate that high-resolution textures and ludicrous polygon counts aren’t required to create moving scenes. Though you can’t move inside of a tape, you can look around and the game makes excellent use of depth-of-field in several tapes to imbue them with a dreamlike quality. Every tape has it’s own music, ranging from the strange to the serene to the melancholic, expertly paired with the visuals to give each world it’s own distinct atmosphere. Several times upon entering a tape, I found myself compelled to just sit back and let the experience wash over me.

Hidden somewhere inside each the world of each tape is a green crystal that, once recovered, acts as a key to help you navigate each facility. Sometimes a key will be right in front of you, but most of the time you’ll have to do at least a little bit of searching for it.

Navigating each facility, you will eventually come across one or more sets of magnetic coils which can be used on whatever tapes you’re carrying to warp them. Magnetizing a tape will alter the world inside it in one way or another, changing it’s color scheme, physics, music, and sometimes revealing a stubbornly hidden key.

Each facility in the game has several systems that must be reactivated in order to proceed through it and on to the next one, which is where the games puzzles come in. While this isn’t a criticism I make often, I’d have to say that I think Small Radios Big Televisions might be a better game if it was harder.

Outside of trying to persuade one particular set of gears in one level to behave themselves for five seconds, very few puzzles slowed me down for more than a minute or two. More often than not, I could identify the solution to a puzzle in seconds, with only a handful actually forcing me to stop and think. It also would have been nice to have some puzzles inside the tapes themselves. As already stated, many of the worlds inside the tapes are wonderful to simply exist in, but the actual gameplay of the tapes can be summed up as “Grab the key” or “Magnetize the tape, then grab the key”. This also means that in some cases, you can be in and out of a tape in seconds, which is a shame considering the excellent job the developers have done cultivating the atmosphere of each one.

While usually fairly clever, the puzzles are just a little too sparse. Considering their difficulty, there really needed to be one in pretty much every room to make the game feel sufficiently substantial. As it stands, the game simply feels too short. 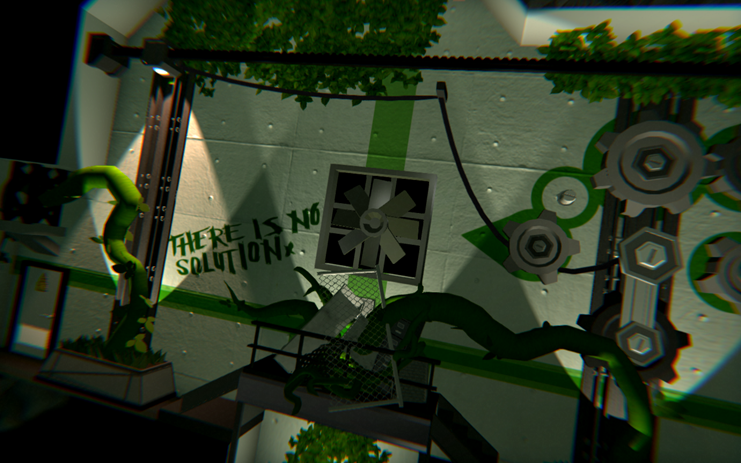 So why is the length of Small Radios Big Televisions a problem when I’ve previously lauded the length of other short games or at least given them a pass? The answer lies in how a game is structured.
For most games that people complain are too short, the problem isn’t the game’s length in hours, it’s that the game doesn’t use its time effectively; either to tell a complete story or, for more gameplay-focused games, to reach a satisfying climax.

Playdead’s Inside is similar in many ways to Small Radios Big Televisions. Both games employ a method of passive storytelling, allowing their stories to unfold organically as you explore each game’s environment. But where Inside has a proper narrative structure throughout its running time and crucially, has a definitive if somewhat ambiguous end, Small Radios Big Televisions just kind of…stops. After switching briefly to a completely different perspective and set of controls, seemingly to cushion the impact of it’s out-of-the-blue ending, we’re treated to a psychedelic cutscene packed with visual gibberish, followed by a brief snippet of story and cut to credits.

There are several collectibles throughout the game, all rather well hidden, that I was all but certain would unlock some kind of alternate ending; they even seemed to be affecting something in the story (really trying not to spoil here) as I went through the game again, collecting them all. But after finding all of them and finishing the game a second time with no changes, I have to conclude that we really needed something more to tie off the narrative. 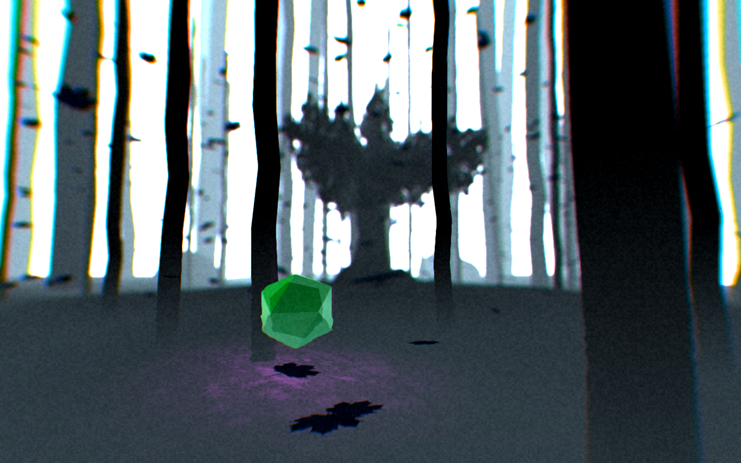 The biggest problem with Small Radios Big Televisions is one of substance. The puzzles are well-designed, but I wish they were a bit more challenging and numerous. The ambiguous story is interesting, but we needed a little more of it, as well as a tighter ending.

It’s a shame, because everything we do get is great. Navigating the facilities has an element of urban exploration, permeated with constant sense of intrigue. The beautifully crafted atmospheres of many of the tapes have a transportive quality to them and it cannot be overstated how good the music is, both while playing the game as well as by itself; I can see myself using it to write in the future (in fact I’m listening to it as I write this) for to it’s meditative effect. I’m really glad I took a chance and bought the soundtrack alongside the game.

Overall, I enjoyed my time with Small Radios Big Televisions. Several issues keep it from greatness and the ending may sour some on the experience, but anyone who values the journey over the destination will be glad to have tried it.