“This Is An Intervention”

Nintendo, we need to talk. Your first two mobile games were, on the whole, pretty good. Pokémon Go was barely a game, but it was an interesting social experiment that sucked me in for about a week, and Super Mario Run was great. But through an unfortunate combination of being a publisher new to the mobile space and also just being Nintendo, you’re making a lot of rookie mistakes that are crippling your mobile efforts.

With the exception of Metroid, which apparently we don’t talk about anymore, Fire Emblem is probably my favorite Nintendo-owned franchise, but what’s been done to it in Fire Emblem Heroes just depresses me. 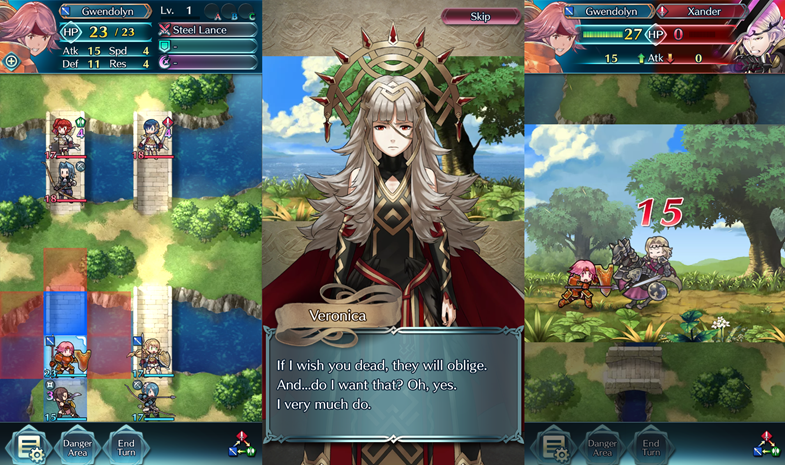 The story of Heroes is Fire Emblem at its absolute laziest. The evil Emblian (really?) empire led by Princess Veronica is trying to destroy the peaceful kingdom of Askr because…if they didn’t there wouldn’t be a game, I guess. To the end of defending Askr, the Order of Heroes summons you, a summoner of heroes, because you’re the only one who’s…capable of…summoning. Hmmm.
Look, don’t think about it.

Conversely, Intelligent Systems have really outdone themselves in the gameplay department and Heroes plays like a traditional Fire Emblem game. I wondered before I tried it whether scaling down the Fire Emblem experience would oversimplify and possibly break the game, but I’m happy to report that the spirit of Fire Emblem makes the transition to mobile intact. Outflanking an enemy force or killing an enemy unit with a single, expertly chosen attack feels as good as it ever has.

Arenas are made up of 8×6 grids that look and play just like traditional Fire Emblem levels, with the same kinds of terrain and obstacles. You can field a maximum of four heroes and the average hero moves two spaces per turn, with heavy units moving one space and faster units moving three.

Naturally, battles tend to be a lot shorter than those of standard Fire Emblem games which serves the mobile format well. It’s nice that I can whip out my phone on the bus or in line a coffee shop and beat a level in three minutes rather than the half hour a Fire Emblem battle usually takes. 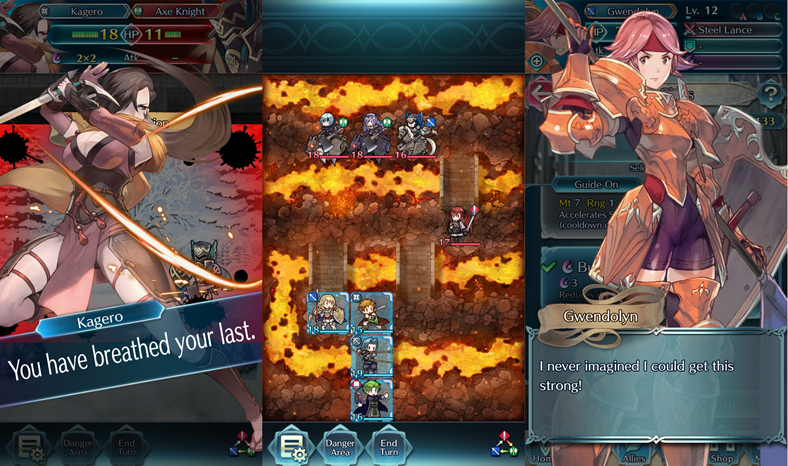 Between battles, you’re brought back to your castle, where you can summon new heroes, acquire new skills, change your team composition and generally do anything you could do between chapters in a normal Fire Emblem game. Your castle can also be upgraded to provide your heroes with a bonus to any experience earned in battle. As Heroes sometimes necessitates a lot of grinding, it’s not a bad idea to invest in at least the first or second castle upgrade.

Upgrading your castle, as well as summoning and all other purchases are made with Orbs, the primary currency of Fire Emblem Heroes. Orbs can be gained by completing missions, logging in during special events and by completing Special Maps, levels that are only available for a limited time but usually grant significant rewards to anyone who can beat them. Orbs can also be attained through microtransactions and while that isn’t a problem in itself, I personally find the prices a little too expensive, especially for a truly useful amount of Orbs.

When you decide to summon new heroes, the game will randomly deal out five stones representing character classes and selecting one will summon a random hero of that type. Waiting to see what you’ll get can be fun in the same way that gambling can be fun, but the system is a little too random. You can’t reshuffle stones once they’ve been dealt, so if you wanted to add a few spear-users to your roster, for example, but the game only deals out one blue stone, you’re out of luck. It would have been sufficient to allow us to summon a random hero from a class that we select.

Summoning one hero cost five Orbs, but you can save orbs by summoning multiple heroes at the same time, up to your fifth summoned hero. With that in mind, I would recommend holding off on summoning until you have twenty orbs and then summoning five heroes simultaneously, as you’ll optimize your spending that way.

It’s also possible to summon duplicates of heroes you’ve already unlocked. When this happens, you can merge the copies with one another, sacrificing one to improve the stats of the other or give them skill points.

Heroes come in five star ranks that determine their stats. These ranks can be improved over time once heroes reach certain levels, similar to how seals work in Fire Emblem Awakening and Fates. However, the upgrade materials required to increase a heroes level is ludicrous; after playing the game for a couple of hours a day for a week, I have just barely enough materials to increase one heroes’ rank, once. I checked, and it’s not possible to buy upgrade materials (not right now, anyway), so at least the game isn’t Pay-To-Win, but after a while, the progression for individual heroes slows to a crawl. 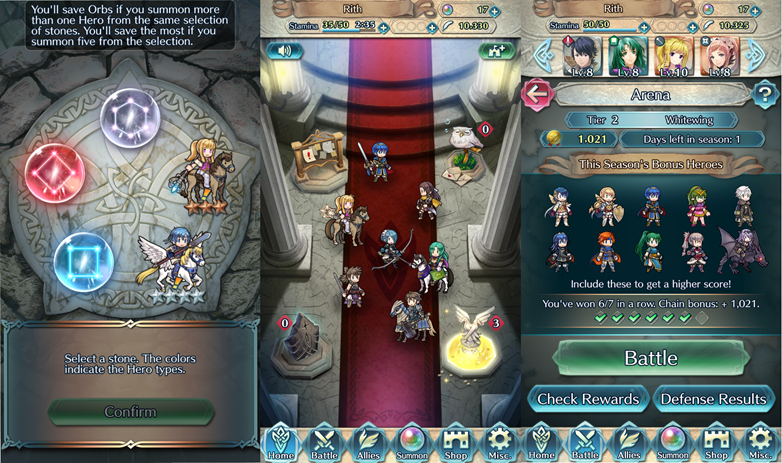 In addition to Heroes’ campaign, several other types of missions can be accessed from the castle. The first is training missions, quick battles that come in several difficulties and are great for trying out new teams and for leveling up newly unlocked heroes.
Then there are Duels, an asynchronous multiplayer that lets you fight teams assembled by other players. Fights take place across week-long seasons, at the end of which you’ll be granted rewards based on your performance. You can increase your score by using certain, randomly selected characters, as well as gain bonuses by hitting winning streaks.

Entering any mission type other than Duels consumes Stamina, which regenerates at a rate of one point every five minutes to a maximum of fifty. That might sound like a lot, but when you’re grinding characters or going through the campaign, later missions of which can take up to 10 Stamina at a time, you’ll be out before you know it.

Entering a Duel consumes a Dueling sword, of which you have a compliment of three that refill at midnight every day. The game will occasionally hand out items that refill these meters and if nothing else, stamina can be recharged at the cost of a single Orb. Systems akin to stamina are quite common in mobile RPGs, but that doesn’t make them a good idea. What these systems essentially do is limit how much someone is able to play the game, and why would you ever want to do that?

Well, because then you can hock us microtransactions to refill those meters, of course. 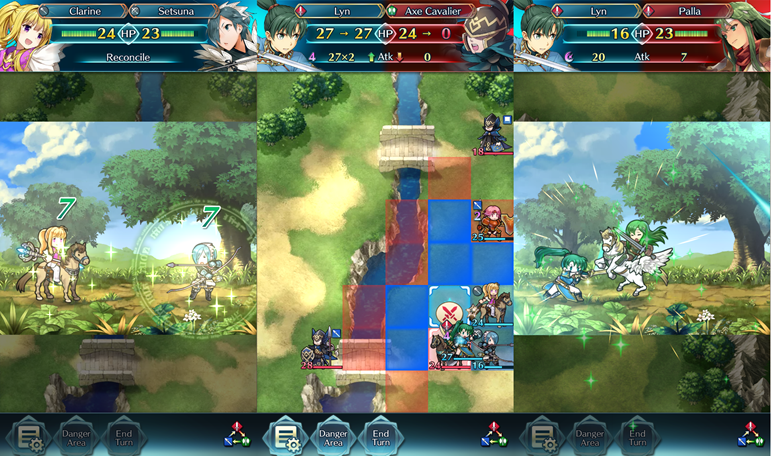 On the face of it, it isn’t wrong for a Free-To-Play game to have microtransactions, that is after all how the developers of Free-To-Play games typically make their money. It becomes a problem however, when the microtransactions begin to interfere with gameplay, and designing your game so that I essentially have to pay to play your game more than a set amount per day definitely counts as interference.

There are of course ways to implement microtransactions that don’t put a bad taste in a players mouth. Cosmetic items are always fair game and in this case could have been used in the castle as well as individual heroes. Experience boosters work too; since you only fight ghosts of other players in the multiplayer, Fire Emblem Heroes is ultimately a single-player game, and in single-player games it’s generally OK if you become a little bit overpowered.

What I will happily mark the game down for is being a mobile game that requires a constant internet connection. Pokémon Go gets away with it because it literally couldn’t function without being connected, but neither Super Mario Run nor Fire Emblem Heroes have the same excuse, and it’s why I’ve almost completely stopped playing Super Mario Run after reviewing it.

I’m not going to play Fire Emblem Heroes on the bus though because I frequently come up against my monthly data limit already and I don’t need a game cutting into it. I’m also not going to play it at home on my Wi-Fi because my PS4 is there and Bloodborne isn’t going to beat itself for the sixth time. So what we have is a game that under most circumstances, I’m never going to play, and why the hell would I keep a game on my phone that I never play?

Just like that, you’ve lost me as a player and potential customer. Instead of playing your game, I’m taking out my phone and writing this part of the review, then I’m closing my notepad and playing Infinity Blade 2, a great game with a beautiful sprawling world, an interesting story and brilliant gameplay that never jerks you around with microtransactions or connection issues. 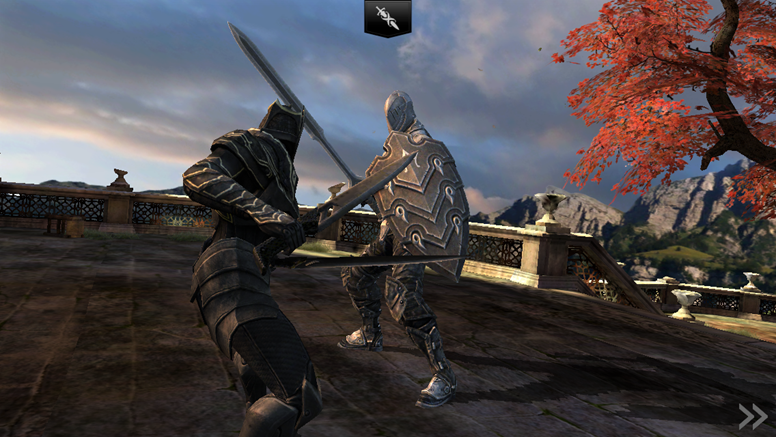 The core gameplay of Fire Emblem Heroes is absolutely fantastic, but it seems that every design decision made around it only makes me enjoy it less. I can definitively say that Heroes would be a better game if we were made to pay for it up front. As a free-to-play title it pretty much has to include microtransactions, which necessitate that the developers give players a reason to purchase them, in this case leading a stamina system that slows down and otherwise disrupts gameplay. If, like Super Mario Run, Fire Emblem Heroes had charged us $13 (CDN) up front, it could literally have afforded to be a better game.

There is a great game in Fire Emblem Heroes, but Nintendo and Intelligent Systems have put up too many obstacles between me and it, and alas I find myself unable to recommend Heroes over it’s 3DS counterparts, Awakening and Fates.