Between the fun-but-flawed Resident Evil 5, the abysmal RE6 and those god-awful Milla Jovovich movies, the Resident Evil series has been pretty much dead to me for some time. Along with the apparent death of such great horror franchises as Dead Space, Silent Hill and even Left 4 Dead, horror fans such as myself have been left with only a handful of interesting indie titles each year to keep our thirst for horror sated; as well as our various copies of Resident Evil 4. 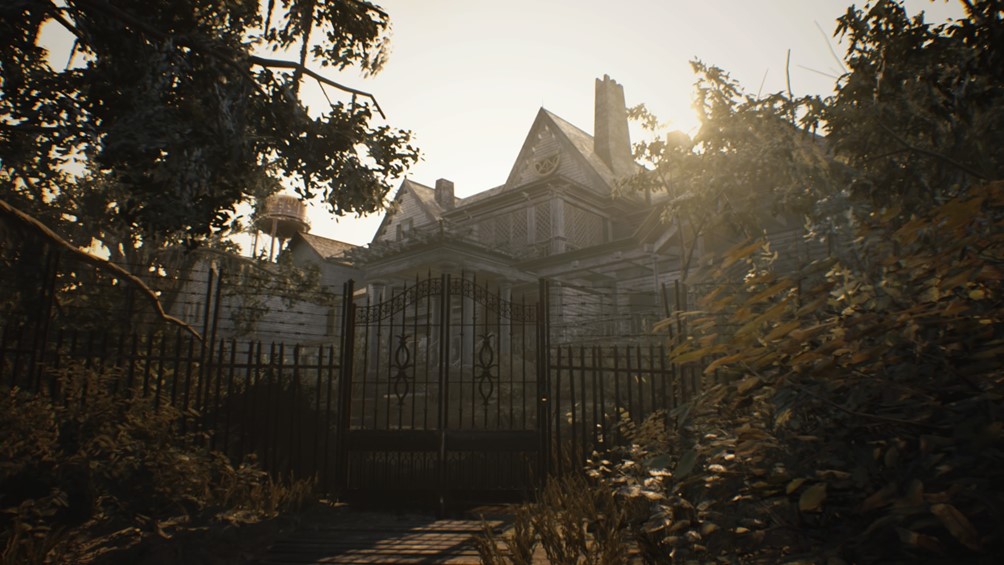 The story follows Ethan Winters as he searches for his wife Mia, who disappeared three years prior. His search takes him to a seemingly abandoned plantation in Louisiana, where up to twenty others are suspected to have gone missing as well.
It’s here that we meet the Bakers, the owners of the property who are still very much in residence. To find Mia, Ethan must face numerous horrors as he navigates the plantation and unravel the mystery of what happened there that turned the Bakers into something both far more and far less than human.

For the first two hours or so of RE7, I was having a blast. The game was tense and scary with solid gameplay and exploration. But it was when I picked up a large, iron key with a scorpion woven into it and recalled the few locked doors adorned with dead scorpions I’d passed earlier that I got a feeling I hadn’t felt since Resident Evil 4; that feeling of knowing exactly what to do with something you’ve just found and that you figured it out all by yourself.

Like Resident Evil games of yore, the game is littered with puzzles and doors that require crests, lockpicks or funny-shaped keys to open; as well as several “Shadow Plinths”, puzzles wherein you rotate abstractly shaped objects inside a beam of light to create specific images with their shadows. I liked that the game makes you hunt down these objects yourself and also that you’re able to put any object you’re carrying onto the plinth, leading to one instance in which I spent about ten minutes spinning around what I didn’t realize was a completely unrelated object. None of the puzzles are especially difficult, in fact I would say that in general they’re too easy, but it’s a testament to RE7’s design philosophy that you’re allowed to fail and the game doesn’t hold your hand.

The Baker house in particular is a masterclass in level design. Like a good Dark Souls level, much of it is designed to be circular, so that reaching the end of a new area will put you back in familiar territory. Items visible through the windows of locked doors and the locked doors themselves with certain specific themes, like the aforementioned scorpion door, make the promise of future discoveries. Like the Spencer Mansion, the house is full of secret passages and compartments and you’re likely to miss at least a few things on your first playthrough without a guide, I certainly did.

My only real criticism of the different areas throughout the game is that I wish that some of them were longer, particularly the second-last area we visit, as it’s at that point that the game throws you a real curveball in both the gameplay and story department.

Though lacking much music to speak of, RE7 has some excellent sound design. The way doors creak open, the sound of machinery and even your own footsteps can create tension in the otherwise dead silence. The developers clearly understand that in a properly crafted environment, letting you be alone with your thoughts can be scarier than any monster.

Indeed, the only real music in Resident Evil 7 is in it’s handful of safe rooms, where you can visit the item box and save your game. It’s a smart choice, as it draws a definitive line between when you are and aren’t safe. 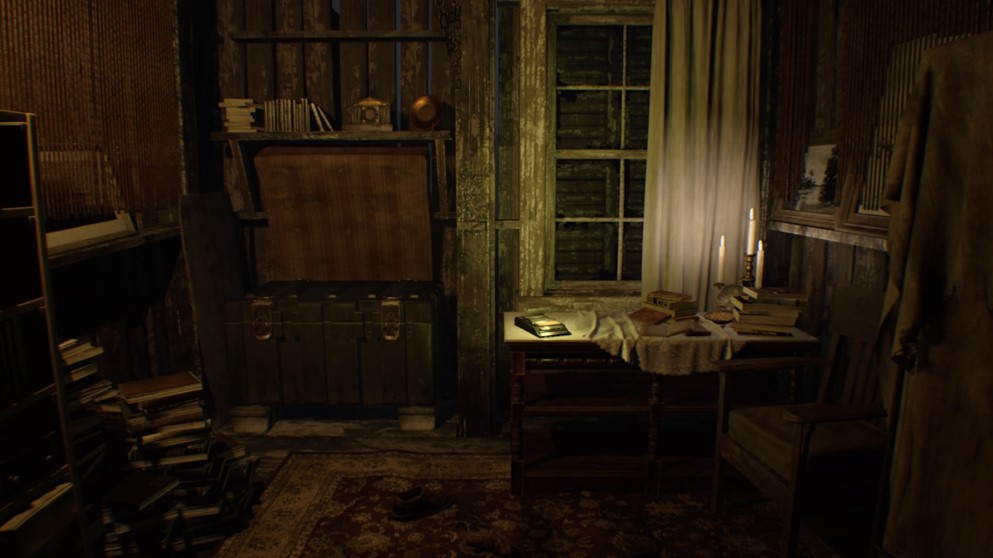 Gameplay in RE7 is like a greatest hits of the elements that made Resident Evil a classic franchise. Compared to most Resident Evil games, enemies are scarce, but each one is a credible threat that is more than capable of killing you if you get careless.

True to their name, the “Molded” can grow straight out of the ground or walls in some areas, making it difficult to predict where an attack will come from. Most of them are also very tough, all but requiring headshots to put down efficiently, though their bodies are fully destructible, so it’s often a good idea to blow off a leg and run away if your arsenal is running dry. Like most classic Resident Evil games, it’s not recommended that you try to kill every enemy, especially on harder difficulties, as you simply won’t have the ammo for it.

Combat generally handles well and though I occasionally thought that a dodge button wouldn’t have gone amiss, I was surprised to discover a dedicated defend button that reduces incoming damage when held, which worked well on the few occasions where I actually remembered to use it.

Firearms handle smoothly and each one feels appropriately weighty and powerful, but check your aspirations of 360 No-Scoping enemies at the door. Unlike most recent Resident Evil protagonists, Ethan does not have three lifetimes worth of military experience under his belt and handles weapons like a normal human being, which is I found incredibly refreshing. See, the scariness of a horror game goes drastically down in inverse proportion to how powerful your character is. This is something that the Silent Hill series always did better than Resident Evil even up to and including Silent Hill: Downpour, making their protagonists normal people who were up against something strange and terrifying and simply doing their best to make it out alive.

Classic Resident Evil staples such as green herbs make a return, as does the wonderfully ambiguous heart monitor-style health tracker in the form of a device on Ethan’s wrist. RE7 also features a simple crafting system centered around Chem Fluid, an all-purpose crafting agent that makes bullets out of gunpowder and first aid meds out of green herbs. You’ll never find as much Chem Fluid as you will other crafting items, so expect to have to make several hard decisions when you’re low on supplies.

For those poor lost souls who attempt RE7 on Madhouse, the games hardest difficulty, ink ribbons return as well in the form of cassette tapes which are inserted into the tape recorders that serve as save points, restricting you to a finite number of saves.

The Madhouse difficulty also mixes up the game by making some items more scarce and changing the locations of others. One important item found during an early boss fight is still there, but now locked inside a box, requiring you to use a lockpick on it while the boss is trying to kill you. Enemies are also smarter, more relentless and hit much harder on this mode as well, so tread lightly.

On a related note, when you are hit by enemies, damage is indicated by large splashes of blood on your screen. Between the heath-tracking wristwatch and the way Ethan moves when he’s hurt, it’s not only redundant, it’s flat-out annoying and I would go so far as to argue that it’s bad design as it breaks immersion by constantly remaining on-screen. Several times throughout the game I ended up using a small herb just to get it out of my face, meaning that for some people at least, it also interferes with gameplay. It may seem like a small issue, but when it pervades an entire game, small issues can become big problems. 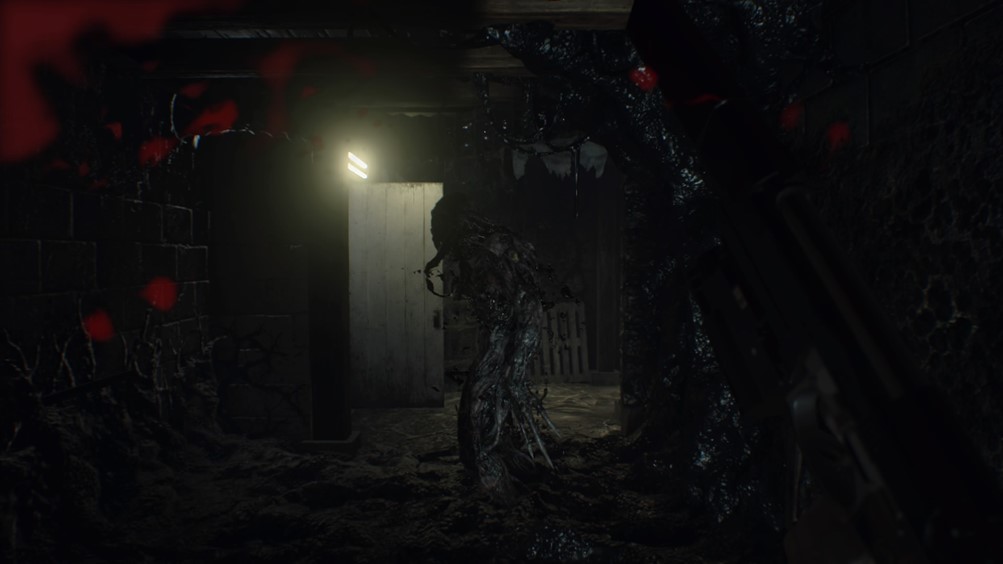 Playing RE7 on the PS4, I was able to take advantage of the option to play the game with PlayStationVR. I’d played the games “Beginning Hour” demo in VR and it worked well, but I was skeptical as to whether that would remain the case for the length of an entire AAA game. I’m happy to report that the VR experience held up for the entire length of the game without any problems.

Capcom has made excellent use of PSVR to make many of its scares more effective, and not just when something scary gets in your face. Excellent sound design, coupled with the visuals come together to grant the sense of you-are-there immersion that VR has always promised us. I honestly can’t imagine what a VR game could do to be more immersive, unless I paid a man to stand in front of me and slap me in the face every time I got hit by a monster.

While I would say that if you’re someone who can handle it that playing Resident Evil 7 in PlaystationVR is probably the definitive way to experience the game, it doesn’t render the game less enjoyable without it; it’s more like a bonus on top of an already solid experience.

What I didn’t think about until I started the game again without PSVR is that playing in VR actually makes the game, specifically the combat, much easier. Since you look around with the headset and your weapon always aims at the center of your vision, you’re granted a level of precision comparable to mouse control. After completing the entire game in VR, playing the game a second time without it felt like jumping to a higher difficulty setting, even though I was still playing on Normal. I actually had to bring out the PSVR headset again when I tried the games Madhouse difficulty in order to get past the first boss. 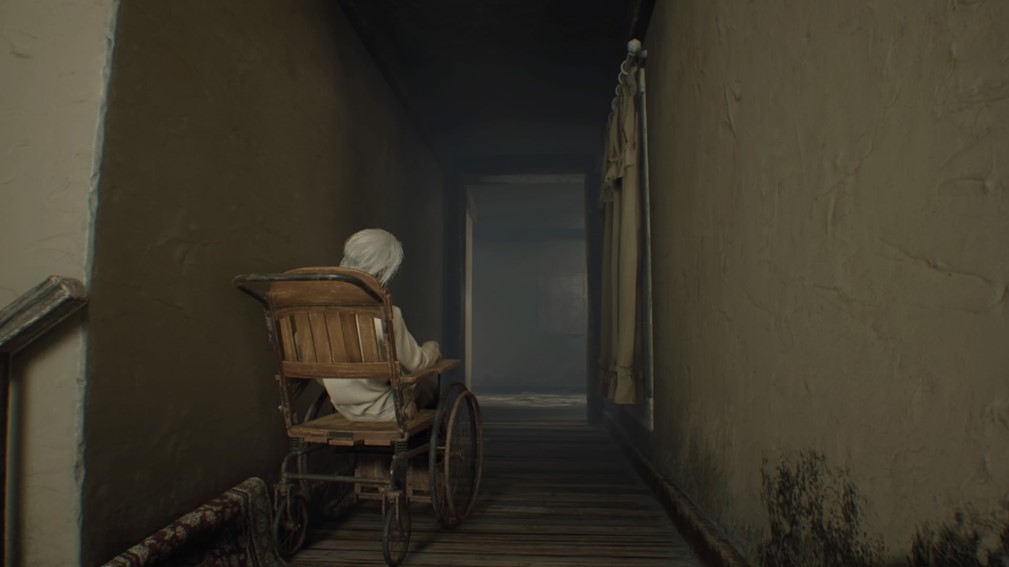 Resident Evil 7 represents a step back in the right direction after the series’ recent missteps. The world design is top-notch, combat feels great without making Ethan seem overpowered and I didn’t realize how much I’d missed puzzles until I got them back.

It’s is far from perfect, a few late-game story beats fall short of their mark and the on-screen blood spatter really got on my nerves at certain points. And while the game took me the better part of 8 hours to complete on my first run, subsequent playthroughs make it feel really short now that I know what to do.

Still, Resident Evil 7 biohazard accomplishes two great things. Firstly, it’s easily the best VR game I’ve ever played, no contest, as well as the most substantial. More importantly though, RE7 does something that for the last decade I’d thought was impossible, it made me love Resident Evil again.