Titanfall 2 is a game releasing with everything against it. It’s a sequel to a game that, while great, was a bit of a flash in the pan. It has a problematic name, being a numbered sequel whose predecessor was an Xbox/Windows exclusive means that people may avoid buying it simply because they haven’t played the first one. Finally, it’s releasing at a time of year when all of the big name titles typically get released and more to the point, it’s come out directly between the release dates of what are indisputably the two biggest names in the entire FPS genre. By all accounts, EA sent this game out to die.
That really is sad, because if you play one shooter this year, it absolutely should be Titanfall 2. 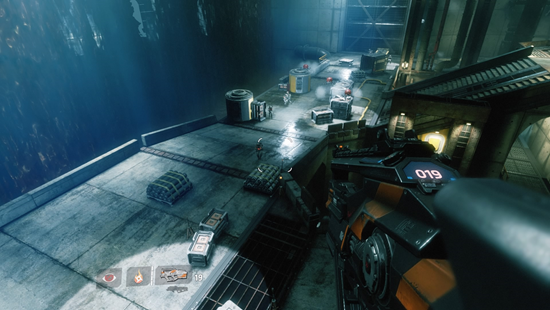 Let’s start with the single-player campaign, a feature the first Titanfall notably lacked. The story follows rifleman Jack Cooper, forced to link up with a Titan named BT after a failed military operation leaves them stranded in enemy territory and BT’s original pilot is killed. Between them and safety is an entire army of IMC soldiers and the Apex Predators, a colorful band of mercenaries who serve as the games boss fights. Each of the Apex Predators is a unique character and while some are more two-dimensional than others, they’re each as fleshed out as they need to be for this sort of thing and serve to liven up the enemy forces who would otherwise just be faceless bad guys.

The shooting is fluid, fast-paced and, on higher difficulties, requires you to make use of your characters high degree of mobility. While most of the weapons are visually well-designed and satisfying to use, some of them are a little too similar to each other and I feel an opportunity was missed for some more unconventional sci-fi weaponry.

Between shooting sections, the campaign takes full advantage of the games unique movement system with legitimately excellent platforming sections through some astoundingly creative environments, like a giant factory that assembles entire buildings or a research facility stuck warping back and forth in time.

The campaigns overarching story of two warring factions is a fairly boilerplate affair, though the two leads are well acted and have a good enough chemistry to keep me engaged for the length of campaign. Even enough to (mostly) keep me from noticing that the main character is a generic white-guy-protagonist, only slightly better written than average, and that the story does a terrible job of explaining who the enemy faction even is beyond their name. Despite that, the solid gameplay kept me hooked and the interaction between BT and Cooper was enough to make me genuinely care about their fate by the end of the campaign, which is more than I can say for most modern shooters. 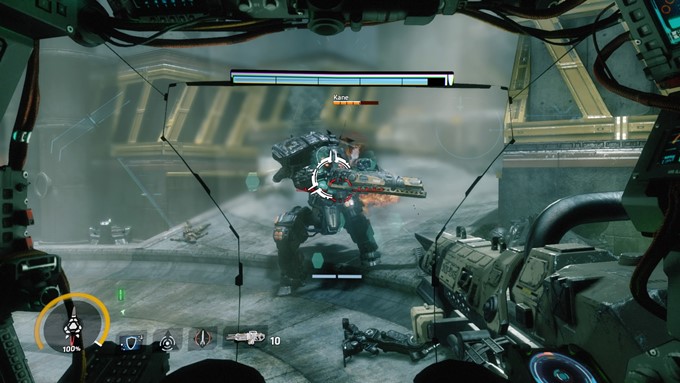 On the multiplayer side, I went through phases of dominating the battlefield and getting utterly stepped on. Like most games with a multiplayer focus, Titanfall 2 may not be the game for you if you’re easily frustrated by losing streaks, although that frustration is abated slightly by the fact that you can respawn within a few seconds, leaving you with less time to brood over the circumstances of your death.

Everything in Titanfall 2 emphasizes speed and agility. The best advice one could offer to a new player is to remember just how agile your character can be. To that end, I might recommend playing through the campaign first just to put you in the right mindset. The opening cutscene puts it particularly well “Pilots see the world differently, sheer walls become flanking routes…”. Players who fail to make use of their abilities and try to play the game like Call of Duty are likely to get strafed by someone sliding around a corner before that player dives out of a window, grappling hooks across a building, lands in his Titan and stomps off in search of more ass to kick.
Unsavory player habits are discouraged by design. Try camping, for instance, and you’re likely to be taken out in moments by someone playing the game properly. 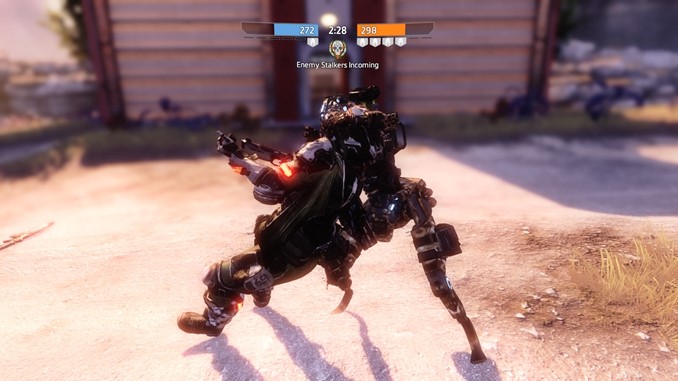 The presence of unlimited ammunition seems strange at first, but it means that players never have to stop what they’re doing to scavenge for ammo and the game can keep up its fast pace. It’s a logical extension of more modern shooter mechanics where abilities and grenades are on cooldowns rather than having a limited number of uses.

The titular Titans of the game bring an asymmetrical element to the multiplayer, drastically changing the moment-to-moment gameplay when you climb into your mech. In a Titan, you gain tremendous firepower and durability at the cost of mobility. Most of the time a Titan will only be taken out by other Titans, though pilots can equip heavier ordinance to chip away at them and can even yank a battery out of enemy Titans, reducing their maximum health.

Unlike the first game, Titans are no longer on a timer until you can call them down. Kills, assists and most other activities fill up a meter that governs when you can call down your mech. This seems like a major, possibly game-breaking change, but as a someone who played the first Titanfall, I hardly noticed a difference and still averaged about two Titans per match.

Each match including Attrition, Titanfall 2’s primary team deathmatch-style mode, ends with an Epilogue, a no-respawns event where the losing team must flee to a dropship as the winning team tries to hunt them down. Success for either side grants a small experience boost at the end of the game. It’s a nice touch, especially when one is on the losing side, as a successful escape feels like a victory in spite of your teams defeat. 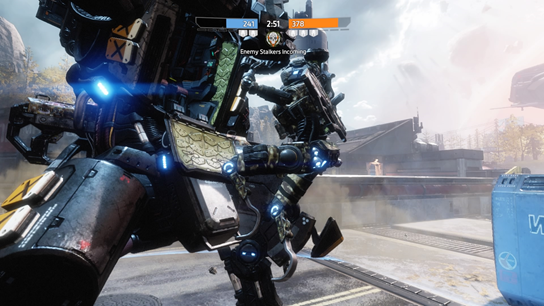 Playing Titanfall 2, I found myself constantly reminded of older shooters, specifically Halo 2. It’s refreshing to play a game where neither the single player nor the multiplayer feels obligatory or tacked-on. Despite the uninspired story, the solid gameplay and man/robot buddy movie dynamic kept the campaign compelling and the multiplayer is accessible yet deep enough to keep players hooked for ages. It’s a package we rarely see these days.

If you’re new to the series, this is a great jumping in point. Titanfall 2 is a robust enough game to retroactively make the first game feel more like a proof of concept, whereas this is the first proper game in the franchise.