Dark Souls 3’s Ashes of Ariandel expansion offers players a fresh, challenging and often harrowing adventure through a world that veteran Dark Souls players may find eerily familiar.
Accessed from near the Cleansing Chapel bonfire, the world of Ariandel can be explored fairly early on in the game. However, as players will quickly discover, Ariandel is very much a late game area and players are recommended to be a least level 80 before attempting it. My first excursion into the area was with a level 101 character who had otherwise done everything in the game and even I had my fair share of deaths as I trekked across Ariandels snowy landscape.

Ashes of Ariandel is as aesthetically beautiful and well designed as Souls fans such as myself have come to expect of From Software, with areas that loop back in on themselves, organically creating shortcuts as players explore the world. I was not, however, prepared for Ashes of Ariandel to have some of the most well thought out enemy encounters in the Souls series. Whereas the main game in Dark Souls 3 typically has you fighting one type of enemy at a time, the enemies in Ariandel frequently fight in teams; with shield-bearing warriors backed up by spear throwers and fire-breathers and wolf packs that use realistic swarming tactics. 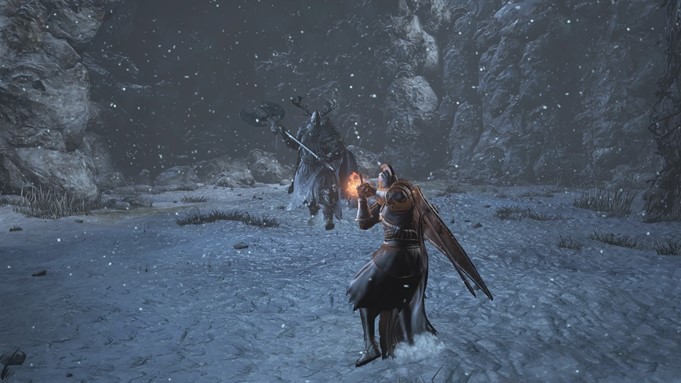 The world of Ariandel is much more diverse than the snowy forest it first appears to be, with a surprising amount of verticality. There is also a variety of weapons, armor and spells scattered across the world and each is unique or useful in some way, such as a spear that can be thrown and reappears in your hands, a greathammer that creates localized earthquakes and a spell that imbues weapons with frost.

Ambushes, steep hills and weak sections of floor that drop you into unfamiliar territory are also frequent in Ashes of Ariandel and the expansion does an excellent job of rewarding the observant and forward-thinking while punishing reckless players.

Possibly the most welcome addition brought by this expansion is the introduction of a dedicated player vs player mode, accessible after beating one of the expansions bosses. Dropping combatants into a large, circular arena, fights are fast, often hectic and, at time of writing, I had no trouble finding or connecting to opponents. Though it can’t be used to grind for covenant items. While this multiplayer mode isn’t very deep, offering 1-on-1, free-for-all and team deathmatches, it provides a centralised hub for players who want reliable PVP without the hassle of waiting for other players to stumble upon their red summon sign in the wild. 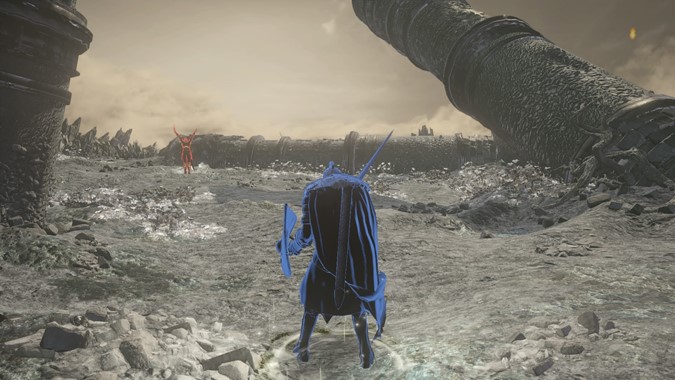 The biggest flaw of Ashes of Ariandel for most players will likely be its length, clocking in at about 6 hours for your first run-through, though that estimate may vary greatly depending on personal skill. While the environments of Ariandel are nicely varied, most of them aren’t very big. Though I would add that many areas in Dark Souls turn out not to be particularly large once fully explored. The bosses of Ashes of Ariandel aren’t numerous, but each one is striking, creative and tough as nails.

At the end of the day, Ashes of Ariandel really is just more Dark Souls. It makes no significant changes to the tried and true Dark Souls formula of compelling exploration and tactical combat where experience gained by the player is often more important than any experience their character earns. It is however a beautiful, well-polished and challenging example of such and is well worth the time of any Souls fan still prepared to die.

8.5/10
+ Rich, well-developed world
+ Unique and interesting boss fights
– A little on the short side

Also Try: Anything in the Souls series.